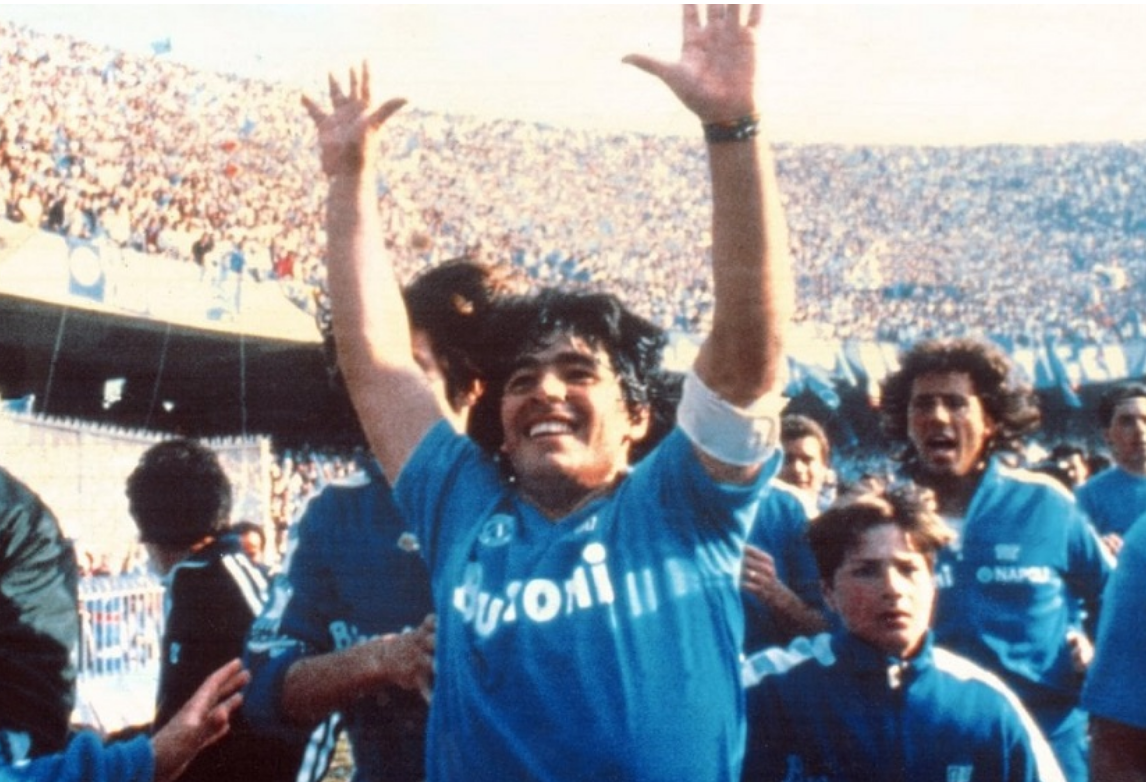 It was the summer of 1990 and my parents had taken me and my little brother to Mexico for a vacation. At 15 I was able to go to bars in Cozumel. I can’t recall if I told my parents that was where I was going, though they probably knew. As it turned out, all of the locals and even many non-American tourists were all focused on a sporting event that I, a rather voracious sports fan barely even knew existed, the World Cup. On the early ’90s versions of big screen bar TVs, I saw him for the first time, tiny and squat in his sky blue striped jersey. A magician with the ball whose name I would soon learn was Diego Armando Maradona.

To say I didn’t care about soccer prior to the trip would be an understatement, and it wasn’t just me. To Americans at the time soccer was barely even an afterthought. The 1990 World Cup in Italy was covered only on TNT in America. After a brief flirtation with soccer in the late 1970s, soccer had faded once again in the eyes of the nation to a sport that was important elsewhere.

Sometimes it takes an individual to open up a game to new fans, and that is what happened to me. Watching Maradona was a revelation; his skill was so precise, so complete that what had seemed to me previously to be a mass of foreigners chasing a black and white ball suddenly made sense. In his unreasonable and unfair control of the ball, I saw the inherit grace of the beautiful game, but it was his passing that taught me the most. Long a real, American football fan, his ability to drop passes not where his teammate was, but where he would be made me reflexively smile. The sport became so much clearer that it was like I had put glasses on for the first time.

Argentina would lose in the final that year and not be crowned champions as they had four years earlier when Maradona had scored the greatest goal in soccer history, and also its most controversial, the hand of God shot, to will victory. But I was hooked, and found myself back home buying soccer magazines where Diego was always front and center. He wasn’t just his generation’s greatest player, it turned out, who brought a trophy to sleepy Napoli. He was also a joyous bon vivant.

Big floppy black hair, wild clothes, attractive women, and always the rumors of a cocaine habit that looked like Minnesota in March, he was pure style off the field as well. If Pele, the only other player seriously spoken of in the same breath as Maradona, was the gentleman ambassador of the game, Maradona was its famous international playboy. I bought an Argentina jersey which I now own several of, and I followed the team.

This was 1990 though, I had no internet to check scores and look at highlights. There were just magazines and the occasional newspaper article, but just four years later in 1994 the World Cup came to the United States, with Maradona as one of its great stars. Neither he nor Argentina had a very good tournament but soccer had landed in the US. And by fits and starts it would begin to take hold.

Maradona scored a multitude of magnificent goals, fabulous moments of skill followed him everywhere, but I think my favorite memory, my favorite highlight is of Diego juggling the ball before a game while playing for Napoli. It’s just him and the ball. A boy and his ball, all the joy of the game in a neat little package. He makes you smile. Diego Maradona lived as hard as he played, he was a wonder. I mourn him less than I marvel at him.

These days we have heroes mostly to mock them, to haunt them with scandals and gossip. Maradona wore his scandals on his sleeve and was therefore immune. He was just Diego, the greatest player in the most popular sport on earth, the hometown hero of Buenos Aires.

As Shakespeare wrote, “He was a man. Take him for all in all. I shall not look upon his like again.” There will never be another Diego Maradona, but we were lucky enough to see him, experience his power and ability. And every time I watch a soccer game I know that I would not be doing so if it weren’t for him, for the joy his play brought me. It was a wonderful gift from a man I never knew. May he rest in peace.