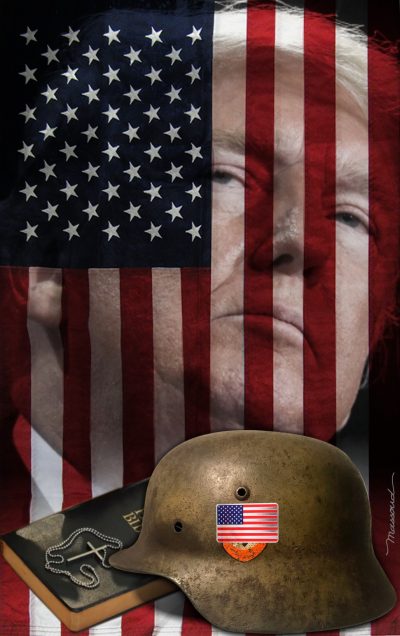 “While Donald Trump continues to stoke the flames of division and uncertainty surrounding election 2020, the Establishment is also preparing for the possibility of martial law in response to this chaos. Meanwhile, the public is being prepped for a second wave of COVID-19 infections which could lead to the foreshadowed Darkest Winter. While we don’t care to instill fear we do encourage everyone to heed these warnings and be prepared for potential unrest in the days and weeks following the election.”

“Without better planning, 2020 could be the darkest winter in human history.”

The ballots to the US Presidential election have been counted. That tally indicates that the Joe Biden won and that Donald Trump lost. [2]

The battle isn’t quite over yet. Trump insisted since the night of the election that he won. Biden’s victory after the fact was, according to Trump, a product of election-rigging and fraud.

None of the courts to which he has challenged the election results have so far seen any substantial evidence of election fraud. But not only is the 45th President sticking to his guns, but a huge swath of the population – fully 70 percent of the Republican Party – is backing the President’s position!

The interesting development though is how this circumstance was predicted as an outcome! In October, the site TheLastAmericanVagabond.com featured extensive conversations about election simulations guided by the Transition Integrity Project (TIP). The drill anticipated scenarios where Trump lost the election but refused to accept defeat under any circumstances, resulting in chaos confusion and possibly a potential civil war.

On October 29, a video, The Darkest Winter, debuted about 5 days in advance of the election. It was intended as a message and a warning to members of the general public. Not only was it about the election result, it highlighted the potential for a second wave of COVID-19, which was predicted by several officials, and even the prospect of martial law being invoked to contain the ebullient spirits waking up opposing any establishment narratives.

The author of The Darkest Winter is a young man by the name of Derrick Broze. He will be our feature guest this week.

For about 40 minutes, he not only expands on his video prediction, he focuses on The Great Reset being planned as a strategy for resolving COVID-19 and other issues related to the economy, technology, the environment and other issues. He will also share his views on Operation Warp Speed and the alliance of vaccines with bio-electronics placed inside the body. And he will discuss the issues associated with the immense 5G project.

Following the interview, we will pay a clip from Dr. Roger Hodkinson, a prominent physician and CEO speaking the Edmonton City Hall earlier in November in opposition to the ‘anti-COVID’ strategies being implemented.

Derrick Broze is a freelance investigative journalist, documentary film maker, author, public speaker and, in 2019, a candidate for Mayor of his town Houston. Derrick is the author of 5 books and writer of 5 documentaries. He is currently a staff writer for The Last American Vagabond, co-host of Free Thinker Radio on 90.1 Houston, and the founder of The Conscious Resistance Network & The Houston Free Thinkers.

Roger Hodkinson received his medical degree at Cambridge University and is the CEO of Western Medical Assessments providing Independent Medical Examinations (IMEs) to insurance companies, employers, and lawyers. He is the CEO of a biotech company that manufactures COVID tests. He is also a general practitioner in the UK and Canada, a Pathologist with the Medical Examiner’s Office in Edmonton, and the President of the Alberta Society of Laboratory Physicians.