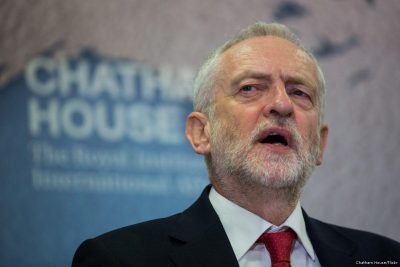 The tragic, cynically calculated decline of Corbynism, and the subsequent ascendancy of the neo-Blairite Starmer project, have made the Labour party a lot less free. When Starmer’s great power games started – after being elected on a manifesto of party unity – censorship and propaganda was introduced to manage the threat of socialism and democracy. The alliance between Zionist diplomacy and Starmer’s administration created the necessity for Labour’s new bureaucrats to embark upon a McCarthyist pursuit of its political enemies, and in the process to control and narrow the spectrum of acceptable opinion within the party.

In this era of escalated warfare against the left, the leadership’s list of enemies has grown to embrace, beyond Jeremy Corbyn, a large amount of the party membership he’s allied with. Israel is the preeminent enemy of Corbynism, since its empire has a strong motivation to exterminate the influence of his pro-Palestinian, anti-imperial policies. Starmer is even making enemies of grassroots activists keen for a civic-minded debate on his controversial decision to suspend and remove the whip from Jeremy Corbyn, punishing their free discussion of policy within the confines of the law. Starmer is an adversary to Labour socialism because of his agenda to capitulate policy to the needs of big business donors. Most of his positions are the same as the Tory government’s, making it possible to see Starmer’s Labour and the Tories as one entity, the same power.

An example of the intersection between the hard right Tory government and Starmer is the PLP’s support for a surge in war spending, favouring bombs over investment in public services. During moments like this year’s coronavirus crisis, Starmer has been hesitant to present an alternative opposition to government policy, erring on the side of praise. His biggest commitment to the right comes from his rehearsal of pro-Zionist propaganda, with “anti-semitism” being cynically used as a political tool behind apologist arguments for Israeli war crimes.

This repellent, opportunistic abuse of antisemitism was repeated throughout the media’s attempts to discredit Jeremy Corbyn, so much so that they were able to destroy his reputation as a principled, veteran anti-racist. At one point, Pompeo, an ally of far right Zionism, claimed that he would use his power to prevent Corbyn’s election when in fact that decision lies squarely with the sovereign UK electorate.

Such blatant Zionist interference in the internal democracy of the Labour party was not acknowledged by the political mainstream, because these truthful, accurate narratives are portrayed as the antisemitic enemy to Israeli self-determination. The tale the establishment tells is one of widespread, aggressive chauvinism against Jews, against which their allies must be eternally vigilant. This story is disinformation, and the Labour left has collapsed under pressure from its agents.

The happenings of the last fortnight have proven that this information war is focused not just on Jeremy Corbyn, but on the entire alliance he galvanised. In response to internal party debate about the suspension and removal of the whip, party bureaucrats have suspended dozens of innocent members. The reporting on this development by the progressive, independent left media, which has rightly criticised Starmer’s nascent dictatorship, might be right, but it is not the view of the political mainstream, which is largely sympathetic to the persecution of Corbynism. So far the media has ignored that Starmer crosses a line far more dangerous than what’s represented by Corbyn.

The examples never end of the political policing of supporters of the Labour left, representing the agenda of a totalitarian regime that’s emerged during the new Mccarthyism. To enforce this regime, the establishment has needed to reconcile the public to their own suppression. To rationalise its persecution of Corbynism, elites have treated it as a form of ideological extremism, with the implicit assumption that Blairite centrism is the only agenda deserving of time, attention and respect.

Policies crafted in the public interest generate outrage, while the cronyism and corruption of the centre is viewed as a standard. The leader of the opposition isn’t allowed to advocate policies that will resonate with the electorate, while the government is able to spin its self-serving policies in the media. And the narrow agenda of corporatocracy is protected by the media-politico complex, whilst the accurate criticisms levelled against it by independent media analysts is censored on social media.

This commitment to capitalist totalitarianism among elites – and therefore to the type of fascist reaction the West has so long thought itself immune from – is rationalised through the logic that it is a radical, progressive resistance to left fundamentalism. The monolithic ideology of capitalist realism has conquered heterogeneous, pluralist social democracy, making the superiority of the neoliberal regime the default assumption of the dominant political centre.

Buoyant radical hope for a Corbynite restoration of the UK’s neoliberal political economy to its former glory as a world-leading social democracy has been betrayed by a violent crackdown. Reactionary in nature, the censorship and propaganda that’s occurring is imposed by authoritarianism, because it’s built upon hierarchical, elitist power. And authoritarian hierarchical, elitist power is a system that’s evolved to efficiently exploit the weaknesses of the people.

The thought police of the ascendant Labour right yield authority from the aggressive Zionist psyops the elite class is happy to rehearse, and from the logic that Corbyn represents a fundamentalist threat to political virtues. Until we can next reelect a socialist to the leadership of the Labour party, the best we can do to resist these cynical, opportunistic attacks on democracy is to insist on fearlessly having the debate that Starmer so fears.

Featured image is from MEMO