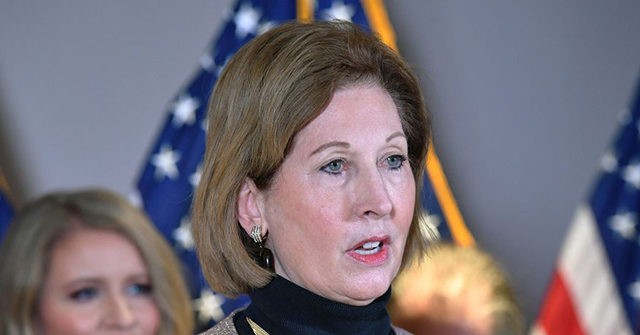 Attorney Sidney Powell filed lawsuits Wednesday challenging the results of the presidential vote in Georgia and Michigan, alleging “ballot stuffing,” which she alleges was “amplified and rendered virtually invisible by computer software created and run by domestic and foreign actors.”

Powell made similar claims last week at a press conference with President Donald Trump’s legal team. She was attacked by critics who claimed that she could not prove what she alleged. The legal team distanced themselves from her on Sunday, saying that her claims had gone beyond the evidence they had seen or could prove in court.

Powell — who also defended Lt. Gen. Michael Flynn, pardoned by President Trump on Wednesday — accepted the decision but pressed ahead regardless.

She alleges in Georgia:

Mathematical and statistical anomalies rising to the level of impossibilities, as shown by affidavits of multiple witnesses, documentation, and expert testimony evince this scheme across the state of Georgia. Especially egregious conduct arose in Forsyth, Paulding, Cherokee, Hall, and Barrow County. This scheme and artifice to defraud affected tens of thousands of votes in Georgia alone and “rigged” the election in Georgia for Joe Biden.

Powell makes similar allegations in Michigan, noting an “especially egregious range of conduct in Wayne County and the City of Detroit, though this conduct occurred throughout the State at the direction of Michigan state election officials.”

Powell traces the fraud to “software and hardware from Dominion Voting Systems Corporation,” which she said derives from software created by “Smartmatic Corporation, which became Sequoia in the United States.”

She goes on to allege, in both the Georgia and the Michigan complaints, “Smartmatic and Dominion were founded by foreign oligarchs and dictators to ensure computerized ballot-stuffing and vote manipulation to whatever level was needed to make certain Venezuelan dictator Hugo Chavez never lost another election.”

Based on the affidavit of a whistleblower, Powell alleges that the systems were designed to make ballot-stuffing hard to detect by a “simple audit.” They were manipulated, she says, by people who had access to the systems.

In Georgia, she says:

[V]ideo from the State Farm Arena in Fulton County shows that on November 3rd after the polls closed, election workers falsely claimed a water leak required the facility to close. All poll workers and challengers were evacuated for several hours at about 10:00 PM. However, several election workers remained unsupervised and unchallenged working at the computers for the voting tabulation machines until after 1:00 AM.

She also claimed that “the Dominion software was accessed by agents acting on behalf of China and Iran in order to monitor and manipulate elections, including the most recent US general election in 2020.” One expert, she says, “concludes that hundreds of thousands of votes that were cast for President Trump in the 2020 general election were transferred to former Vice-President Biden.”

And she adds that “Georgia’s election officials and poll workers exacerbated and helped, whether knowingly or unknowingly, the Dominion system carry out massive voter manipulation by refusing to observe statutory safeguards for absentee ballots. Election officials failed to verify signatures and check security envelopes. They barred challengers from observing the count, which also facilitated the fraud.”

In Michigan, Powell says, in addition to problems with Dominion, there were “additional categories of ‘traditional’ voting fraud and Michigan Election Code violations, supplemented by healthy doses of harassment, intimidation, discrimination, abuse and even physical removal of Republican poll challengers to eliminate any semblance of transparency, objectivity or fairness from the vote counting process.”

Powell alleges, citing expert testimony, that Michigan saw tens of thousands of “excess voters,” where unassigned or blank absentee ballots were filled out by election workers, and nearly all of those votes went to Joe Biden. She also alleges that in four precincts, more ballots were counted than could be physically processed during a two and-a-half hour interval Nov. 4.

She alleges that glitches in Michigan — such as one that mistakenly counted 6,000 votes for Biden in Antrim County — were always in Biden’s favor.

There are enough ballots affected, Powell argues, for the courts to set aside the results of the 2020 election in each state.

Attorney L. Lin Wood is also among those listed in the filings.