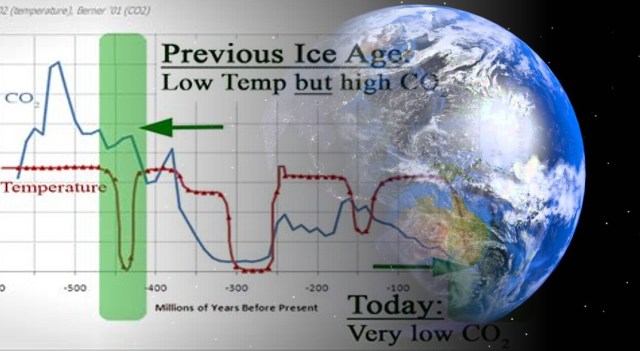 Editor’s Note: Author, Gil May, provides a simplified — for easy understanding — how the earth’s incredibly complex climate works. We will produce in parts his extraordinary educational and lengthy document.

The normal working of the earth’s natural climate factory is not co2 climate change. Climate Change is like the Sunrise, it has always been there — and always will.

And you cannot prosecute your argument if you cut facts, history, or evidentiary material in half. Climate Change Alarmists work by using half-truths and plausible distortions. Like a half-brick, they can throw it further and it hits harder—but now they have been exposed.

Ask everyone you meet to explain how the earth’s climate works, teachers, politicians, and academia — I did and no one had a clue, seriously: I was disgusted at the lack of knowledge from people claiming they knew CO2 changed the climate and were making laws accordingly and spending billions of taxpayers’ money. Friends and grandchildren asked me to explain how it worked. It is a BIG subject and took a lot to simplify it clearly.  Here it is.

The claims that a minute amount of 0.04% (400 ppm) in the atmosphere causes climate-change is derived from sheer arrogance and scientific illiteracy. The percentage is just to minute to have any effect — like trying to melt steel with a match.

Many say that CO2 causes climate change but cannot tell us HOW it happens: We cannot work any data that shows how it could happen from such a minute amount of 0.04% in the atmosphere, we want them to tell us HOW — explain the theory.  TELL US HOW IT HAPPENS.

Adam Bandt, Greens leader was asked for this information and could not provide it.

They have an opinion but when asked, cannot explain the mechanics/thermodynamics of how the minute amount of CO2 at 0.04% of the atmosphere can drive climate change up or down? Simply it cannot and never has in the past.

CO2 has never led nor followed past climate changes.

The atmosphere consists of Nitrogen at 78%. Oxygen at 21%, Argon at 0.93%, with trace amounts of Neon, Helium, Methane, Krypton and Hydrogen these are not greenhouse gases and they total 99.9%, leaving little space for the greenhouse gases methane, carbon dioxide (CO2) and water vapor clouds.

The alarmists panic over carbon dioxide (CO2) slightly increasing from 350 parts per million to 400 parts per million in 50 years — An increase of ONE part per million each year. That is the TOTAL CO2 increase in the atmosphere per year including from natural earth and volcanic generation.

Simplified that is 3 litres of water added to a one hundred million litre tank. Even the deadliest gas in the World would have no effect at that amount.

Fools tell us that ratio of a harmless, but essential gas for our existence, is supposed to be causing changes to our climate — Total ignorant rubbish.

Notice that CO2 has been up to twenty times (20X) higher in the past — without ever causing runaway global warming. Does this graph show the IPCC is not telling the truth to anyone?

Miniscule variations of CO2 are not in the equation, they are irrelevant. Yet many cannot grasp that simple axiom.

The world has 172-year weather cycles caused by changes in the shape of the Earth’s orbit around the sun, the tilt of the Earth’s rotation and the wobble of our axis. We do not live long enough to remember the last one.

Just 12,000 years ago, undisputed geological evidence shows that all of North America up to the Arctic regions were under a sheet of ice, estimated to have been from 2 to 3 kilometres thick—it has warmed since then. The warm ocean heat-conveyer currents keep the northern hemisphere from freezing. An undersea earthquake or volcano could block the current and the northern hemisphere would freeze.

Gas bubbles in deep ice cores, stalagmites and sedimentary deposits have allowed scientists to identify the composition of the atmosphere over very long periods, showing that in the last five global warmings over the past half a million years, the temperature rises occurred on average 800 years before any rise in atmospheric carbon. They show much higher CO2 than now and normally substantiated by archaeological evidence of plants growing larger leaves and vigorous growth with higher CO2.  The average over the last 60 million years was 1,200 ppm.

All living cells are made of carbon compounds, protein and food are carbohydrate chains, life is fuelled by carbon, it is essential for our existence.

CO2 generators are used to increase CO2 in Vegetable Growers Green Houses. If carbon dioxide is so bad for the planet, why do greenhouse growers buy CO2 generators to raise the level up to 1,500 ppm inside greenhouses to accelerates plant growth and food production?

CO2 is an essential plant nutrient: Earth currently has a seriously low level of CO2 near the lowest ever recorded, causing plants to have smaller leaves and struggling for survival in a CO2 drought of only 400 ppm. Over millions of years the average CO2 has been 1,200 ppm where life and Dinosaurs flourished.

CO2 actually increases plant yields, accelerates “re-greening” and improves reforestation of the planet. And while today’s atmosphere contains only 400 ppm of carbon dioxide, CO2 generators can help raise that level to 1,500 ppm inside greenhouses, accelerating plant growth and food production.

A society interested in reforestation, expanding the diversity of plant life, nourishing trees, and re-greening deserts, must stop the fanaticism of uneducated minds and promote more CO2 to benefit the earth. These fanatics must be charged with creating public nuisance, fraud, misleading parliament and the Senate, and false vilification of people speaking the truth.

If CO2 is So Bad for the Planet, Why Do Greenhouse Growers Buy CO2 Generators to Double Plant Growth? — because CO2 is a plant NUTRIENT. 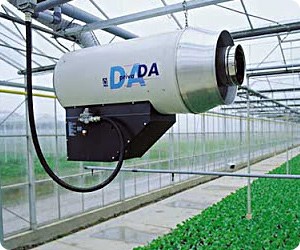 Plants require higher amounts for healthy survival of the food chain, CO2 is the essential molecule of life for greening our planet that fanatical ‘Greenies’ should understand—as farmers know.

In an enriched CO2 atmosphere, plants grow larger and faster with more biomass that reduce the small pores in their leaves called stomata making it more difficult for water vapour to escape from the plant and evaporate into the air, producing more biomass while using less water, their water use efficiency rises dramatically.

This is very important as water is becoming a scarce resource on the planet, if life is to survive, we must increase CO2 to produce more biomass food and reduce water usage.

Measured CO2 in cornfield, it’s about half what it would be at night because the corn plant has sucked so much CO2 out of the air that it is now limited on how fast it can make new sugar and grow. If you double the CO2 there is more available so it doesn’t suck-down so quickly giving more growth.

That is important as it is an essential plant food that gives drought resistance, plants do not suck it up from the roots, it has to open pores in the leaf (stomata), and as the CO2 molecules bounce around other air molecules get into the pores — for every CO2 molecule that goes into the hole, 100 water molecules may diffuse out from the interior of the plant.

There are huge amounts of water used in photosynthesis now more than should be, because we are essentially in a CO2 famine.

In the Jurassic-Period CO2 was five times higher than now where life flourished: Roughly 520 million years ago CO2 was actually 8,000 ppm – from 1,000 to 5,000 ppm are normal fluctuations — and life flourished.

Most plants, especially the complex vascular food plants evolved in the last 300 million years. The average level of atmospheric CO2 over that period was approximately 1,200 ppm, today its 400 ppm.  Link

Dr. Sherwood Idso (above) is the Emeritus President of the Center for the Study of Carbon Dioxide and Global Change. [Email Gumshoe for his email.]

In laboratory trials cowpeas growing in 1,270 ppm of CO2 had a total biomass gain of 44%: Watch them grow.

In the last 30 years CO2 fertilisation correlated with an 11 per cent increase in foliage cover across parts of the arid areas studied in Australia, North America, the Middle East, and Africa, See: http://www.csiro.au/Portals/Media/Deserts-greening-from-rising-CO2.aspx.

*Fools Beware — If CO2 drops below 180 ppm food-plants will die and so will most life — including you.

The “war on carbon” is derived from sheer arrogance and scientific illiteracy.

[More on Volcanic CO2 and Climate change facts in Part 2]