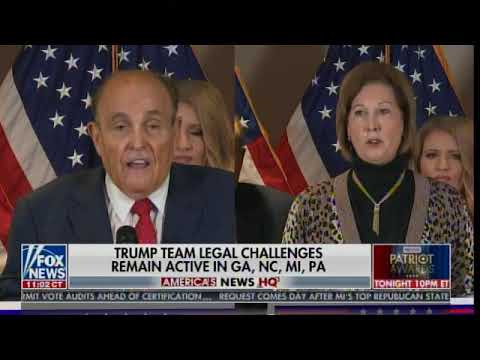 Winter Tomato, but realize they can be cancelled out by many who know who they are. Many already in th military and millions of vets as well will stand up with DJT. The Pentagon has long been known to be corrupted and the Bergdahl and Ft. Hood shams destroyed any credibility they had years ago and many will NOT take orders from them which is exactly why the chief gave his orders the other day for spec ops to report directly to him and not the Pentagon, if you were paying attention ? All the key players are being moved into position for the final battles and confrontations against PRAVDA/MSM and the DEM/DSA. I picked my side long ago, so no big deal at all to me. Realize this, PRAVDA/MSM and any and all of their cohorts will have to be shut down and some arrested ! That will kill the steal and yes they will howl but who gives a fxxk, let them howl, because they will no matter what anyway as they already do daily over NOTHING except their own lies and distortions they create.

This is why it is critical everybody gets very proactive for DJT amd shows 100% support no matter what takes place and never give up, fight as if your life depends on it because it truly does and always has ! Many of you did no realize that and now it is the only reality before us.

By the way I am still picking pefect vine rip[e tomatoes from my plants and just made a batch of excellent red sauce and eating them daily as well as I did tonite on my incredible Gyro with a very cold beer and Zatziki. Sweeeeeeeeeeeeeeeeet !

I do have a serious question for you as well ? Are you a blue troll ? If not prove it as many are about to be exposed and caught to be dealt with accordingly.