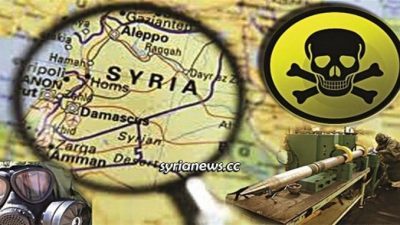 How many Syrians did you vote to kill on Election Day? Thanks to our perverse political system, the answer will be revealed over the next four years if the Biden administration drags the U.S. back into the Syrian Civil War. But there are steps that Trump can take in his final months in office to deter such follies.

Syria was not an issue in the presidential campaign and there were no foreign policy questions in the two presidential debates. That won’t stop the Biden team from claiming a mandate to spread truth and justice via bombs and bribes any place on the globe.

The Biden campaign promised to “increase pressure” on Syrian president Bashar al-Assad – presumably by providing more arms and money to his violent opponents. Vice President-elect Kamala Harris declared that the U.S. government “will once again stand with civil society and pro-democracy partners in Syria and help advance a political settlement where the Syrian people have a voice.” Northeastern University professor Max Abrahms observed,

“Every foreign policy ‘expert’ being floated for Biden’s cabinet supported toppling the governments in Iraq, Libya and Syria, helping Al Qaeda and jihadist friends, ravaging the countries, uprooting millions of refugees from their homes.”

Syria policy has long exemplified the depravity of Washington politicians and policymakers and the venality of much of the American media. The same “Hitler storyline” that American politicians invoked to justify ravaging Serbia, Iraq, and Libya was applied to Assad by Secretary of State John Kerry in 2013. Once a foreign leader is irrevocably tagged with the scarlet H, the U.S. government is automatically entitled to take any action against his nation that would purportedly undermine his regime. Every side in the Syrian civil war committed atrocities, but the Obama administration acted as if there was only one bad guy.

Trump attempted to extract the U.S. from the Syrian conflict, but his sporadic, often unfocused efforts were largely thwarted by the permanent bureaucracy in the Pentagon, State Department, and other agencies. Considering the likelihood that the Biden administration will rev up the Syrian conflict by targeting Assad, recapping how America got involved in this mess to begin with is worthwhile.

President Obama promised 16 times that he would never put U.S. “boots on the ground” in the four-sided Syrian civil war. He quietly abandoned that pledge and, starting in 2014, launched more than 5,000 airstrikes that dropped more than 15,000 bombs in Syria.

Lying and killing are often two sides of the same political coin. The U.S. government provided cash and a massive amount of military weaponry to terrorist groups seeking to topple the Assad regime. The fig leaf for the policy was that the U.S. government was merely arming “moderate” rebels—which apparently meant groups that opposed Assad but which refrained from making grisly videos of beheadings. U.S. policy in Syria became so bollixed that Pentagon-backed Syrian rebels openly battled CIA-backed rebels. The U.S. government spent billions aiding and training Syrian forces who either quickly collapsed on the battlefield or teamed up with the Islamic State of Iraq and Syria, or al-Qaeda-linked forces.

“My role in the CIA was to go out & convince Al Qaeda operatives to instead work with us.”

Most of the media outlets that shamelessly regurgitated the Bush administration’s false claims linking Iraq to Al Qaeda to justify a 2003 invasion ignored how the Obama administration began aiding and abetting terrorist groups. The Intercept’s Mehdi Hasan lamented last year that those who warned that the U.S. government “providing money and weapons to such rebels would backfire… were smeared as genocide apologists, Assad stooges, Iran supporters.” A Turkish think tank analyzed the violent groups committing atrocities in Syria after the start of the Turkish invasion in 2019: “Out of the 28 factions, 21 were previously supported by the United States, three of them via the Pentagon’s program to combat [ISIS]. Eighteen of these factions were supplied by the CIA.”