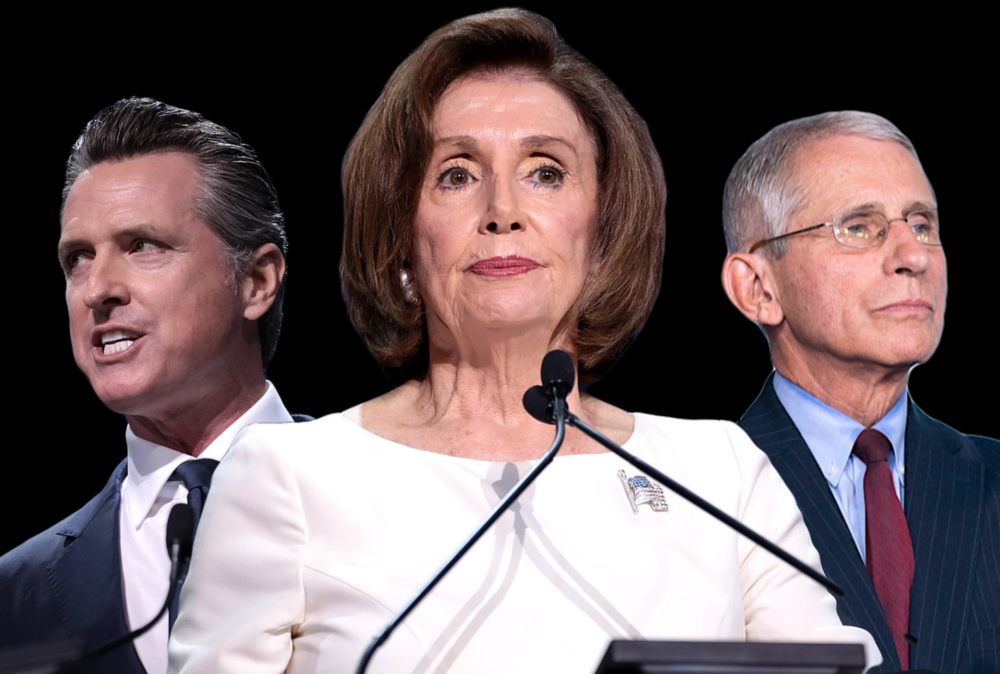 My parents and in-laws haven’t seen their grandkids in nearly a year. Because we live states apart, the most time we spend together is during the holidays and a week in the summer. Due to the lockdown this year, the grandparents have only been able to see our kids during video calls.

It could be worse; some dear friends of ours buried a parent during the lockdown with no guests or funeral, and the grandchildren had to stay away. Family bonds do more than just unite people with the same origin or name, however. Those bonds hold us up and together during times of struggle and grief.

These painful life events can shape our perspectives for the remainder of our time on Earth. I learned a lot about dealing with grief when I attended family funerals growing up. When my grandmother passed away years ago, my cousins and I stood solemnly together as we watched our aunts and uncles say their final graveside goodbyes.

When our uncles walked my grandpa to her casket, we witnessed this quiet, strong man cry for the first time in our lives. I would not have been able to watch it without the rest of my family there. He didn’t just cry; his sobs shook his thin, 6’3” frame and threw him off balance. He leaned on the casket to help support his weight, and we gave him a moment before swarming him for comfort.

The sight was a shock that swept us into a new reality: We, the grandkids, wouldn’t be “the grandkids” in our family’s hierarchy much longer. Each generation took one step up that imaginary staircase with the death of our grandparents. Our kids assumed the step below us where we once stood. The presence of family makes that meeting with mortality easier to process.

I had just given birth to my second child when my grandfather passed away, living long enough to learn that his second great-grandson was on this Earth, miles away from him, but healthy. I didn’t get to attend his funeral because it was too soon after childbirth, the day I brought my baby home.

That night, I rocked my son to sleep in the solitude and darkness of his nursery and cried until there was nothing left in my soul to expend. That heavy sort of grief is meant to be borne by more than one. It took a long while to get past that.

That’s the closest experience I have to compare when I read about grief during lockdowns. This is why my heart truly breaks over stories from others who were forced by lockdowns and restrictions to endure this with their loved ones.

The emotional dam of a non-political, grief-stricken friend burst forth on Facebook after she read about politicians defending protest gatherings while she and her sister had to bury their father alone, just themselves, on a cold, clear March day earlier this year. The pain seems endless, and the lockdowns have predictably caused immense unintended consequences:

‘Experts’ Have Given Us Every Reason Not to Trust Them

This is all to control the spread of a virus that science can’t yet predict. So-called experts told us “15 days to flatten the curve,” but many months later, they say we’re “in an elongated wave.” They still have no idea about immunity. Another study came out showing masks don’t actually reduce coronavirus infection rates. Dr. Anthony Fauci told us in the beginning not to wear masks:

Later, Fauci admitted he lied when he told people masks weren’t essential. Politicians and “experts” shouldn’t be surprised when their actions like these make reasonable people lose faith in their leadership and unwilling to follow their rules.

Many of us comforted ourselves through the dark, lonely spring and desolate summer with visions of family gatherings over the holidays. Now we’re told to skip those too or just have a “virtual Thanksgiving.” If you can’t do that, limit guests, make everyone wear masks, stay away from each other, and have everyone bring their own food — unless your name rhymes with Schmavin Twosome, that is:

California Medical Association officials were among the guests seated next to Gov. Gavin Newsom at a top California political operative’s opulent birthday dinner at the French Laundry restaurant this month.

EXCLUSIVE: We’ve obtained photos of Governor Gavin Newsom at the Napa dinner party he’s in hot water over. The photos call into question just how outdoors the dinner was. A witness who took photos tells us his group was so loud, the sliding doors had to be closed. 10pm on @FOXLA pic.twitter.com/gtOVEwa864

The rest of us would get fined for doing this.

Gov. Cuomo on following COVID-19 rules: “If you’re socially distant, and you wore a mask, and you were smart, none of this would be a problem — it’s all self imposed. If you didn’t eat the cheesecake you wouldn’t have a weight problem.”

Illinois Gov. J.B. Pritzker dodged a reporter’s question about his family’s Thanksgiving plans — they traveled to their second home in Florida — and it made the rounds on social media. Pritzker had to return to do damage control: “I was taken aback by yesterday’s question about my family’s holiday plans, in part because my wife and I were in the process of making the very hard decision that we may need to celebrate Thanksgiving apart from one another for the first time ever, and it was weighing heavily on my mind.”

He was “taken aback” that reporters, during a press conference about COVID-19 Thanksgiving plans, asked him if he was going to follow his own lockdown orders — especially knowing that Pritzker’s wife violated the last lockdown by fleeing to their multimillion-dollar equestrian estate in Florida?

We would be fined for this, but these Democratic governors are exempt from coronavirus and lockdown concerns, apparently. It’s not just governors, however. Don’t forget House Speaker Nancy Pelosi and the shuttered salon.

California lawmakers lived it up in Maui during lockdown on the excuse of a “conference” (We all have to Zoom, why can’t they?). New York City Mayor Bill de Blasio went to the gym while you were locked down at home. The Daily Caller compiled a list of hypocritical lawmakers violating lockdown, and you can find an additional great thread here.

Americans Are Sick of the Double Standard

We have all sacrificed, some more than others, and we are tired of the double standard. We are sick of bureaucrats leading us around, treating us like children instead of the employers whose tax dollars form their paychecks.

Americans are weary of speculation presented as science. We are tired of being told that our businesses are nonessential, that worker lives are nonessential, and that our kids and their wellbeing are nonessential. We are sick of hearing that any deviation from the mandates passed down to us by politicians who refuse to follow the rules means sentencing our neighbors to death.

“I don’t know why anyone would want to eat at a restaurant who doesn’t follow health orders …. You’re telling our public health workers that you don’t appreciate or respect the sacrifices that they are making to keep you safe and your family safe.” https://t.co/NDQQjp4GdG pic.twitter.com/fn9iZDaZ1n

I rejected that outright:

By this logic @DrSamPage is telling business owners that the government doesn’t care about their ability to keep doors open, pay workers, or provide the unlikely-to-be-reduced tax revenue that pays those county employees. Might want to respect their sacrifices, too. https://t.co/dtVCGi9Hwc

I wrote about this accusation in April, noting that the intent of our elitist overlords is murky. Who are they to decide which workers are essential? By the politicians’ own rhetoric, those “essential” workers are actually “expendable,” since they are most susceptible to the same virus the electeds use to scare the rest of us into our homes.

For those maligning business owners as murderous monsters because they simply want to pay their bills consider this — certain businesses were declared essential: Food delivery is essential but cancer treatment isn’t. So you’re fine with risking the lives of delivery drivers to avoid picking up your pizza yourself? Is it acceptable to risk the lives of restaurant staff because you don’t want to make your own food? Is it acceptable to risk the lives and health stability of cancer patients as well as the livelihood of medical staff being furloughed around the country to demonstrate a devotion to saving lives? If you want to discuss murkiness of intent, this is it. By declaring that some people are essential, haven’t you already decided that some lives are expendable?

This is an awful virus. Unlike a military battle, this is a foe that will never be vanquished. We can vaccinate against it and build up our immunities, but just as with chickenpox, polio, and other illnesses before this virus, there is no cure, only prevention and acclimation. Overreaction is a lesser enemy, and moderation is an ally. There is a difference between reasonable concern and “Chicken Little” hysteria.

The hysteria is exhausting. We are tired of being told that contracting the virus means instant death when it emphatically does not — it has a 99.98 percent survivability rate. We are tired of being told that because some can’t venture out, no one should. Nothing in life is perfectly safe, including freedom. But freedom is a lot safer than the statist systems so many leftists champion.

It’s Time to Declare Our Freedom

As a daughter who doesn’t have much of her family left, whose kids are growing up faster than she can even capture with her phone camera, I am not going to miss out on life. I am not going to let my parents age out of this world while lying to my own heart that it’s OK if I missed an entire year or more with them. I am not going to tell my children that it’s alright if they don’t see their family anymore because we have to hide in our homes.

More than anything else, I am sick of being told I don’t have the right of risk when risk is part of freedom. I will not be lectured by people who say that eating in a restaurant with health protocols is riskier than shutting down the largest economy in the world. I won’t be bullied by bureaucrats who say it’s risker to reopen schools than to force an entire generation into lockdown for nearly a year, stunting them in every way but loneliness. I will not be shamed by lawmakers who don’t follow their own rules. I won’t be preached at by pundits too purposefully obtuse to see nuance over their partisanship.

I am going to host my parents for Thanksgiving, and I hope to host my in-laws for Christmas. I will continue living as a free and responsible American with liberties for which my family has taken bullets and mine shards, until the day comes that our government wants to stage a modernized version of 1776 by trying to end that perfectly wonderful freedom.

As Teddy Roosevelt said, “For those who fight for it, life has a flavor the sheltered will never know.” Freedom is beautiful and scary. It’s up to each of us to maintain it.