“The clock is a double-edged sword in this election because if they don’t have enough time but if they can put forward a sufficiently strong case then they may be able to get some Republican Secretaries of States or legislatures to say, ‘Look, we just don’t have enough time to certify these electors’ and if they can bring down the number of electors, 35 [to] 37, from the 305 and bring it down to 267 or 268 then the election goes to the House, where the Republicans win.”

Dershowitz explained that the Trump Team’s legal strategy is to pull enough electors away from Joe Biden that he doesn’t meet the 270 threshold by the time the election needs to be certified. He also said there’s no possible way for President Trump to get to 270 electoral votes in time.

“The goal is to prevent Biden from getting 270, that’s why the clock is a double-edged sword,” he said.

According to the Harvard professor, Bush v. Gore will be referenced if and when the Trump campaign’s case makes its way to the Supreme Court. The reason: Trump’s Team is focusing on the Equal Protection Clause. Their argument is that not all voters were treated equally because some had their ballots counted with an observer while others didn’t. Some had rules set by other government officials and not the state legislatures, which the Supreme Court ruled against.

In order for these cases to make their way to the Supreme Court, Dershowitz said “the numbers have to be there,” meaning the Trump Team successfully pulls electors away from Biden so the former vice president is no longer at the 270 threshold. The other option is for Trump’s lawyers to provide “hard evidence” of irregularities occurring with voting machines, which could call into question hundreds of thousands of votes in various states.

“If that happens, then yes, it will go to the Supreme Court,” Dershowitz said. “I think at least under the Constitutional challenge, the Article 2 challenge in Pennsylvania, they have a pretty good chance of winning.” 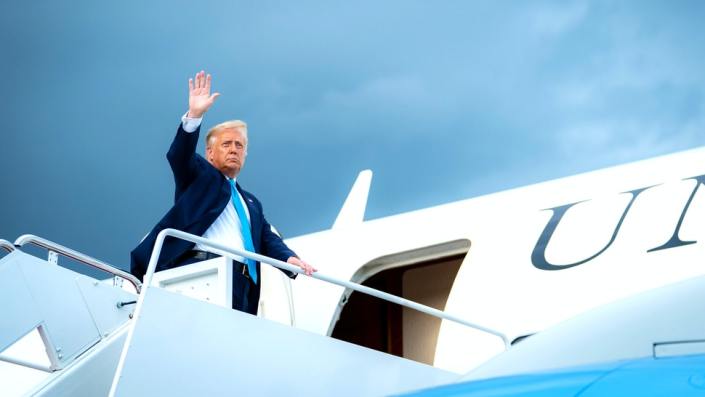