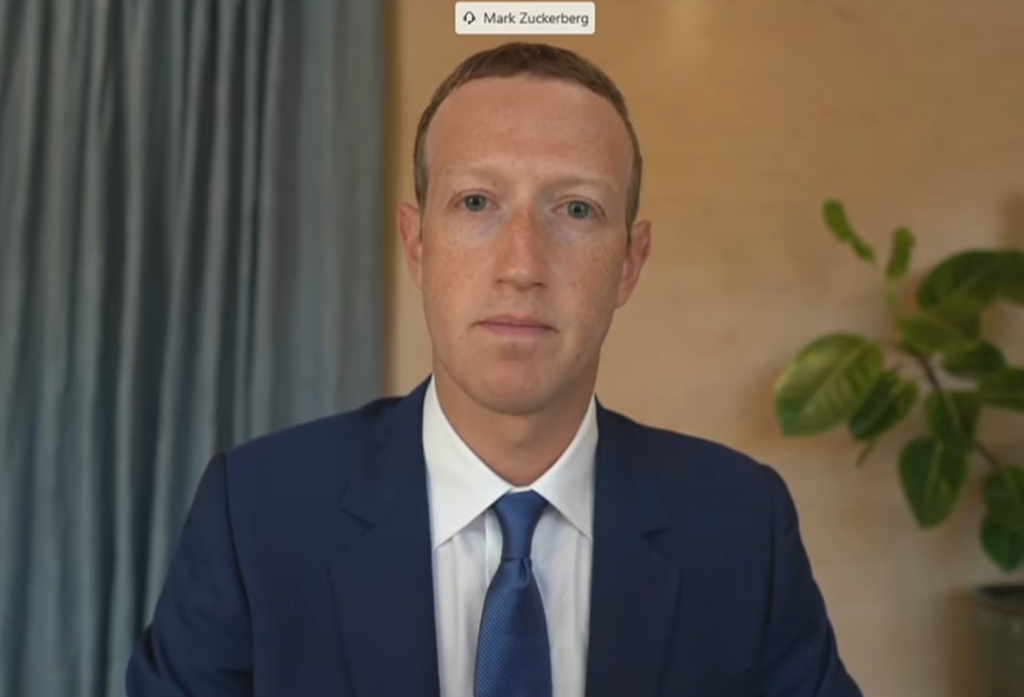 During a Senate Judiciary Committee hearing Tuesday on big tech social media content moderation, Hawley revealed that a former Facebook employee contacted his office about an internal tool Facebook employees use to to coordinate and share information with other big tech platforms.

Hawley compared this coordination between the biggest tech giants to “robber barons” of America’s Gilded Age.

“In the 19th century, the heads of the big corporations, the robber barons got together. They set rates and determined how to control record flow and competition,” Hawley said. “I’ll be darned if we’re not back there again except this time, you’re the robber barons, your companies are the most powerful companies in the world.”

Hawley revealed that the tool, known as “Tasks,” allows Facebook’s “censorship teams” to debate and review certain content such as users, links, and hashtags.

“As I understand it, Facebook censorship teams communicate with their counterparts at Twitter and Google and then enter those companies’ suggestions for censorship onto the task platform so that Facebook can then follow up with them and effectively coordinate their censorship efforts,” Hawley said.

Whistleblower says @Twitter and @Google routinely suggest censorship topics – hashtags, individuals, websites, many of them conservative – and @Facebook logs them for follow-up on Tasks. But Zuck REFUSES under oath to turn over list of @Twitter or @Google mentions on Tasks

Zuckerberg admitted that it would “probably be pretty normal for people to talk to their peers in the industry” but that he wasn’t aware of any specific instances, and that would be different from “coordinating our policies and responses in specific instances.”

“I think it’s important to be very clear that is distinct from the content and moderation policies that we or the other companies have, where once we share intelligence or signals between the companies, each company makes its own assessment of the right way to address and deal with that information,” Zuckerberg said.

When Hawley asked Zuckerberg for a list of “every mention of Google or Twitter from the task platform to this committee,” Zuckerberg skirted the question, refusing to provide a direct answer.

“Why don’t you commit while I’ve got you here under oath. It’s so much better to do this under oath,” Hawley said

“Senator, respectfully, without having looked into this, I’m not aware of any sensitivity that might exist around that so, I don’t think it would be wise for me to commit to that right now,” Zuckerberg replied.

“You won’t commit to do it here. We could, of course, subpoena this information, but I’d much more want to get it voluntarily from you,” Hawley replied. “Let everybody take note that Mr. Zuckerberg has repeatedly refused to provide information that he knows that he has.”

Mark Zuckerberg under oath to me today: I don’t know, I can’t recall, I don’t remember, I’ll follow up later, let me get back to you

Hawley also noted during his time questioning the big tech CEOs that Facebook employs an internal tool called Centra used to monitor users without their knowledge. According to Hawley, the software allows Facebook to see the pages users visit, their linked accounts, and other personal data.

Zuckerberg denied any knowledge of technology by the name Centra.

A @Facebook whistleblower tells me it’s called Centra. Example below. Zuck said he couldn’t recall the name … he’s only the company CEO, after all pic.twitter.com/DLkQ46MiR4