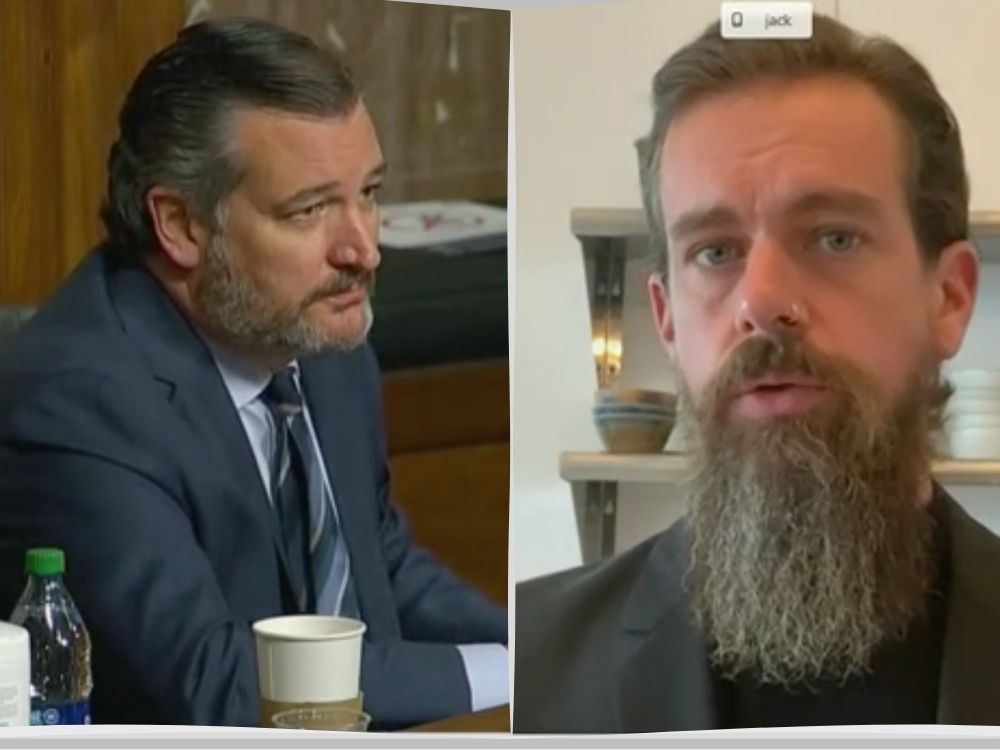 When questioned by Sen. Ted Cruz of Texas at a Senate Judiciary Committee hearing Tuesday, Twitter CEO Jack Dorsey admitted that although he is not an expert in voter fraud, the social media giant’s warning labels on accurate statements about voter fraud are simply “linking to a broader conversation.”

Cruz, however, shot back at Dorsey saying that Twitter’s decision to “add context” to posts with accurate and verified information is a policy decision.
“You put up a page that says ‘voter fraud of any kind is exceedingly rare in the United States.’ That’s not linking to a broader conversation, that’s taking a disputed policy position. And you’re a publisher when you do that.”

“You can take a policy position, but you don’t get to pretend you’re a publisher and get a special benefit under Section 230 as a result,” Cruz added.

Cruz pressed the issue further, asking if certain statements such as “absentee ballots remain the larger source of potential voter fraud” and “voter fraud is particularly possible where third party candidates and political party activists are involved in handling absentee ballots,” were in violation of Twitter’s policies. Dorsey said Twitter would most likely label the statements with a banner disputing the content to “provide more context.”

When asked if Twitter would label a verified story about a Texas woman who committed over 100 counts of election fraud, Dorsey said that story would probably remain untouched. Cruz threatened to test the theory.

Dorsey and Facebook CEO Mark Zuckerberg testified in front of the committee to provide the Senators with more information to evaluate Section 230, which grants platforms like Twitter and Facebook immunity from liability for third-party content. Cruz slammed both social media platforms and Democrats for employing “totalitarian” tactics against those who disagree with them.

“There is absolute silence for the Democrats speaking out for the citizens silenced by big tech,” Cruz said. “Instead, there is a demand to use even more power to silence dissent and that’s a totalitarian instinct that I think is very dangerous.”