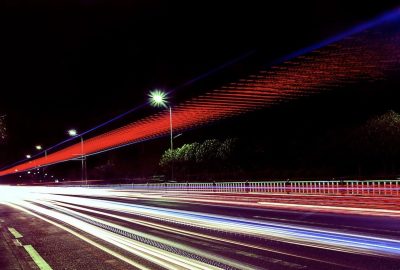 Ho Chi Minh, in his eternal abode, will be savoring it with a heavenly smirk. Vietnam was the – virtual – host as the 10 Asean nations, plus China, Japan, South Korea, Australia and New Zealand, signed the Regional Comprehensive Economic Partnership, or RCEP, on the final day of the 37th Asean Summit.

RCEP, eight years in the making, binds together 30% of the global economy and 2.2 billion people. It’s the first auspicious landmark of the Raging Twenties, which started with an assassination (of Iran’s Gen. Soleimani) followed by a global pandemic and now ominous intimations of a dodgy Great Reset.

RCEP seals East Asia as the undisputed prime hub of geoeconomics. The Asian Century in fact was already in the making way back in the 1990s. Among those Asians as well as Western expats who identified it, in 1997 I published my book 21st: The Asian Century (excerpts here.)

RCEP may force the West to do some homework, and understand that the main story here is not that RCEP “excludes the US” or that it’s “designed by China”. RCEP is an East Asia-wide agreement, initiated by Asean, and debated among equals since 2012, including Japan, which for all practical purposes positions itself as part of the industrialized Global North. It’s the first-ever trade deal that unites Asian powerhouses China, Japan and South Korea.

By now it’s clear, at last in vast swathes of East Asia, that RCEP’s 20 chapters will reduce tariffs across the board; simplify customs, with at least 65% of service sectors fully open, with increased foreign shareholding limits; solidify supply chains by privileging common rules of origin; and codify new e-commerce regulations.

When it comes to the nitty gritty, companies will be saving and be able to export anywhere within the 15-nation spectrum without bothering with extra, separate requirements from each nation. That’s what an integrated market is all about.

The same scratched CD will be playing non-stop on how RCEP facilitates China’s “geopolitical ambitions”. That’s not the point. The point is RCEP evolved as a natural companion to China’s role as the main trade partner of virtually every East Asian player.

Which brings us to the key geopolitical and geoeconomic angle: RCEP is a natural companion to the Belt and Road Initiative (BRI), which as a trade/sustainable development strategy spans not only East Asia but delves deeper into Central and West Asia.

The Global Times analysis is correct: the West has not ceased to distort BRI, without acknowledging how “the initiative they have been slandering is actually so popular in the vast majority of countries along the BRI route.”

RCEP will refocus BRI – whose “implementation” stage, according to the official timetable, starts only in 2021. The low-cost financing and special foreign exchange loans offered by the China Development Bank will become much more selective.

There will be a lot of emphasis on the Health Silk Road – especially across Southeast Asia. Strategic projects will be the priority: they revolve around the development of a network of economic corridors, logistic zones, financial centers, 5G networks, key sea ports and, especially short and mid-term, public health-related high-tech.

The discussions that led to the final RCEP draft were focused on a mechanism of integration that can easily bypass the WTO in case Washington persists on sabotaging it, as was the case during the Trump administration.

The next step could be the constitution of an economic bloc even stronger than the EU – not a far-fetched possibility when we have China, Japan, South Korea and the Asean 10 working together. Geopolitically, the top incentive, beyond an array of imperative financial compromises, would be to solidify something like Make Trade, Not War.

RCEP marks the irredeemable failure of the Obama era TPP, which was the “NATO on trade” arm of the “pivot to Asia” dreamed up at the State Department. Trump squashed TPP in 2017. TPP was not about a “counterbalance” to China’s trade primacy in Asia: it was about a free for all encompassing the 600 multinational companies which were involved in its draft. Japan and Malaysia, especially, saw thought it from the start.

RCEP also inevitably marks the irredeemable failure of the decoupling fallacy, as well as all attempts to drive a wedge between China and its East Asian trade partners. All these Asian players will now privilege trade among themselves. Trade with non-Asian nations will be an afterthought. And every Asean economy will give full priority to China.

Still, American multinationals won’t be isolated, as they will be able to profit from RCEP via their subsidiaries within the 15-nation members.

What about Greater Eurasia?

And then there’s the proverbial Indian mess. The official spin from New Delhi is that RCEP would “affect the livelihoods” of vulnerable Indians. That’s code for an extra invasion of cheap and efficient Chinese products.

No “Make in India” will compensate for the geoeconomic, and diplomatic, blunder – which crucially implies India distancing itself from the Asean 10. RCEP solidifies China, not India, as the undisputed engine of East Asian growth amid the re-positioning of supply chains post-Covid.

A very interesting geoeconomic follow-up is what will Russia do. For the moment, Moscow’s priority involves a Sisyphean struggle: manage the turbulent relationship with Germany, Russia’s largest import partner.

But then there’s the Russia-China strategic partnership –which should be enhanced economically. Moscow’s concept of Greater Eurasia involves deeper involvement both East and West, including the expansion of the Eurasia Economic Union (EAEU), which, for instance, has free trade deals with Asean nations such as Vietnam.

The Shanghai Cooperation Organization (SCO) is not a geoeconomics mechanism. But it’s intriguing to see what President Xi Jinping said at his keynote speech at the Council of Heads of State of the SCO last week.

This is Xi’s key quote:

Apparently this has nothing to do with RCEP. But there are quite a few intersections. No interference of “external forces”. Beijing taking into consideration the Covid-19 vaccine needs of SCO members – and this could be extended to RCEP. The SCO – as well as RCEP – as a multilateral platform for member states to mediate disputes.

All of the above points to the inter-sectionality of BRI, EAEU, SCO, RCEP, BRICS+ and AIIB, which translates as closer Asia – and Eurasia – integration, geoeconomically and geopolitically. While the dogs of dystopia bark, the Asian – and Eurasian – caravan – keeps marching on.