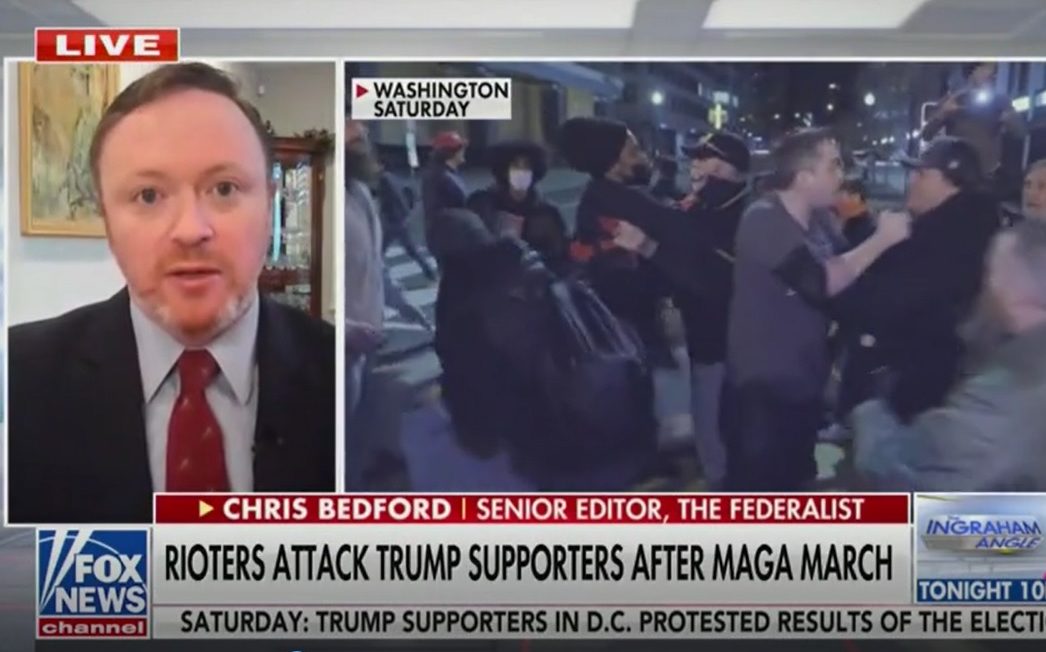 Federalist Senior Editor Christopher Bedford condemned the media’s deliberate attempts to either ignore or justify the left’s explosion of violence in the nation’s capital over the weekend as a symptom of press bias fomenting the chaos.

“The media absolutely ought to be covering it more, but they’re covering up more in a lot of cases because they agree with the mission and they think that they’re part of the Resistance as well,” Bedford said on Fox News Monday. “They think that Republicans or conservatives or people who are marching in the street are bad, basically right-arm-bearing Nazis, and at that point you can really justify a huge amount of action.”

Black Lives Matter and Antifa, Bedford added, imagine themselves as righteous activists operating under the curtain of historic struggles from fighting Nazism to the mid-20th century civil rights movement.

“What level wouldn’t you go to to try to stop Hitler,” Bedford said. “If you call your opponents Hitler, it can justify a lot of action … both of them are just setting up camps in Washington D.C. Downtown’s an absolute mess.”

The comparisons to Trump supporters as Nazis meanwhile, which were made again over the weekend show no signs of stopping under an incoming Biden administration.