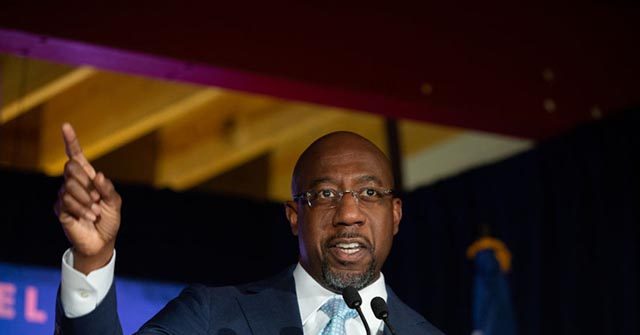 Rev. Raphael Warnock, the Democrat candidate for Georgia’s U.S. Senate runoff race, said in a speech in 2016 that “America needs to repent for its worship of whiteness.”

“If it is true that a man who has dominated the news and poisoned the discussion for months needs to repent, then it is doubly true that a nation that can produce such a man and make his vitriol go viral needs to repent,” Warnock said in an address at Atlanta’s Candler School of Theology right before the 2016 presidential election.

“No matter what happens next month, more than a third of the nation that would go along with this is reason to be afraid,” Warnock emphasized. “America needs to repent for its worship of whiteness on full display.”

Warnock hopes to oust Sen. Kelly Loeffler (R-GA) in the January Senate runoff and has faced sharp criticism for his incendiary rhetoric. Loeffler slammed Warnock’s controversial remarks, saying, “@ReverendWarnock, THIS is what division and fear looks like. We are ALL God’s children. This rhetoric is disgusting and offensive.”

.@ReverendWarnock, THIS is what division and fear looks like.

We are ALL God’s children.

This rhetoric is disgusting and offensive. #gapol #gasen pic.twitter.com/z5qx8Upa1s

Here is the full clip of Warnock’s speech:

Warnock’s mentor, Dr. James Cone, fought against “satanic whiteness” and called for the “destruction of everything white” in society.

Warnock also criticized white evangelical Christians and Catholics right after the 2016 presidential election for supporting Trump and charged that Trump campaigned in 2016 as a “fascist, racist, sexist, xenophobe”:

Eight years after Obama’s rise and Wright’s exile as persona non grata in the minds of those who do not know him or his ministry, the provocative speech of the prophet Jeremiah, preached that Sunday years ago about confusing God and government, haunts and hangs over our current condition. As his former church member in this very moment as I stand welcomes today to the White House as his successor a man who rose to political prominence by fanning the flames and funky stench of our ugly racial past. By arguing that this black man no matter how accomplished, brilliant or dignified could not be a legitimate American president. And that his black family descended of slaves had no right to be there in the first place.

Warnock added, “Today President Obama will welcome to the White House a president-elect who ran as a fascist, racist, sexist xenophobe.”