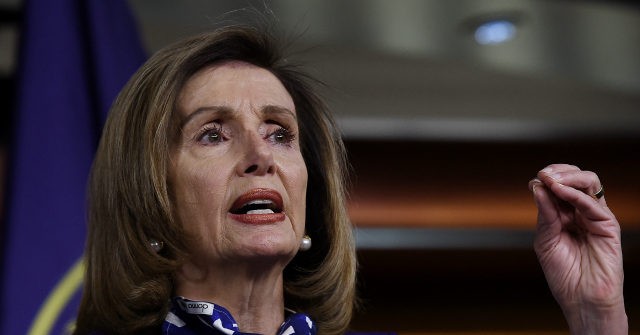 During a press conference on Friday, House Speaker Nancy Pelosi (D-CA) stated that having a smaller majority in the House will not force her to compromise more and “won’t have that much effect at all” on how she legislates.

Pelosi was asked, “How does the smaller majority, how does that affect your legislative approach? Are you going to have to compromise more? Are there bills that you’re –?”

After the reporter finished their question to ask if there were bills the Democrats wouldn’t be able to put on the floor, Pelosi answered, “No, not at all. We have a president of the United States. Remember, we’ve got to have the opportunity to have bills signed into law. I’m very proud of our caucus because we’re beautifully diverse. As I always say, it is a — our diversity is our strength, our unity is our power. And our unity springs from our commitment to America’s working families. And that is what we’ll be talking about, as I mentioned, putting together a jobs bill that involves building the infrastructure of America in a green – resilient and green way, doing so in a bipartisan way, doing so so that everybody in our country benefits, both with jobs, with workforce development, and with services, schools, etc., housing in their areas. So, it won’t have that much effect at all, no.”