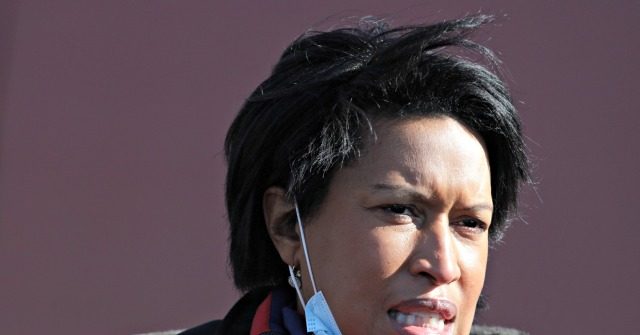 Thousands of President Donald Trump supporters who believe voting irregularities could prevent his second term are gathering in Washington, DC, at noon on Saturday at Freedom Plaza for a #StoptheSteal election rally, and Mayor Muriel Bowser is not exactly rolling out the welcome mat.

Fox News reported on the Bowser’s response to the event:

D.C. Mayor Muriel Bowser said Tuesday that her team was monitoring reports about a group of people from different states in the South planning on driving to D.C. this weekend. Nevertheless, the Democratic mayor, a staunch critic of President Trump, told a news conference that her office still recommended that businesses remove plywood coverings from their windows that were initially set in place in anticipation of election-related unrest last week if Joe Biden was not declared the victor.

“We continue to follow those activities and be prepared for those activities,” Bowser said, according to WUSA. “Our police chief will have a similar posture this weekend as he did last week and we will be there to support peaceful exercise of First Amendment demonstrations.”

Ironically, Bowser visited one of the 48 states that she announced on Monday would require people coming from those states to the District to be tested before traveling and three days after arriving.

Washington, DC, Mayor Muriel Bowser traveled to Delaware to congratulate President-elect Joe Biden on his win, and then quickly defended as “necessary” her jaunt to a state she designated as high-risk amid the coronavirus pandemic.

The Democratic mayor said her trip to Wilmington on Saturday was official government business and exempt from the DC travel advisory that lists Delaware as a high-risk state amid the pandemic.

The rally, meanwhile, is a grassroots event where a coalition of Trump supporters decided they needed to fight back against what is taking place with voting in some states.

“Immediately after the election, many of us were concerned with irregularities and then even more concerned with how quickly the media and the left was telling us all to concede,” Ed Martin, president of Phyllis Phyllis Schlafly’s Eagles, told Breitbart News.

Martin also said social media has tried to hamper efforts to spread the word about the MAGA rally, as Breitbart News reported:

Twitter temporarily censored links to StopTheSteal.us, a website coordinating grassroots events in defense of election integrity around the country, particularly in swing states where the results of the election are still disputed. After Breitbart News publicized the blacklisting, Twitter reinstated the links and claimed Stop the Steal “mistakenly” was blocked by the platform’s spam filter.

While the link was blocked, anyone attempting to access the link via Twitter was met with a page warning them that the link is “unsafe.”

This is the same method of censorship that Twitter used against the New York Post to suppress its bombshell Biden-Ukraine stories in the runup to the election. That censorship was later reversed.