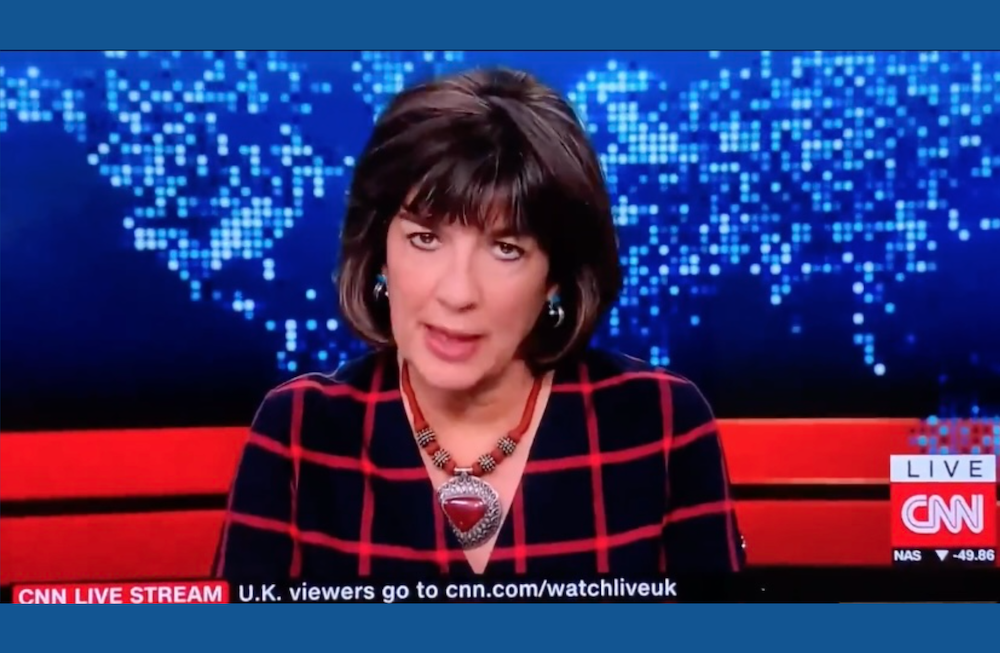 CNN British journalist Christiane Amanpour this week compared the Trump administration to Kristallnacht, an attack on German Jews during the Third Reich that, as Amanpour said, “led to genocide against a whole identity.”

Amanpour, CNN’s Chief International Anchor and host of CNN International’s nightly interview program, told viewers that President Donald Trump has waged a similar assault on “fact, knowledge, history, and truth,” as the Nazis did during Kristallnacht and the rest of the Third Reich’s existence.

“After four years of a modern-day assault on those same values by Donald Trump, the Biden-Harris team pledges a return to norms,” said Amanpour.

Kristallnacht occurred November 9-10, 1938, when German Nazis burned synagogues, vandalized Jewish homes, schools, and businesses, and killed close to 100 Jewish people. It is often referred to as the “Night of Broken Glass.”

It appears the real assault on “history” can be found at CNN, where pundits compare a presidential administration they simply don’t like to one of the evilest and most violent regimes in human history.

From the moment Adolf Hitler became German chancellor in 1933, Jews in Germany lived under oppressive Nazi policies that started mostly nonviolently. Kristallnacht was an important transition in history, however, marking the time when the Nazis moved away from nonviolent discrimination of Jewish people to far more extreme and lethal policies.

“Kristallnacht was a turning point in the history of the Third Reich, marking the shift from antisemitic rhetoric and legislation to the violent, aggressive anti-Jewish measures that would culminate with the Holocaust,” explains the U.S. Holocaust Memorial Museum.

Indeed, starting in 1941, Hitler and the Nazis implemented their “Final Solution” to what they called the “Jewish problem,” and carried out the systematic murder of some 6 million European Jews, and more than 10 million people total, now known as the Holocaust.

CNN’s gross comparison of its opponents to the Holocaust and what Kristallnacht represents in German Jewish history belittles one of the gravest human atrocities in recent memory, one that should be taken seriously and remembered solemnly.