Giuliani would not answer the question about whether U.S. intelligence agencies are participating as part of the overall investigation. However, he did say the Dominiom counting machine irregularities are potentially tied to Chinese software development. 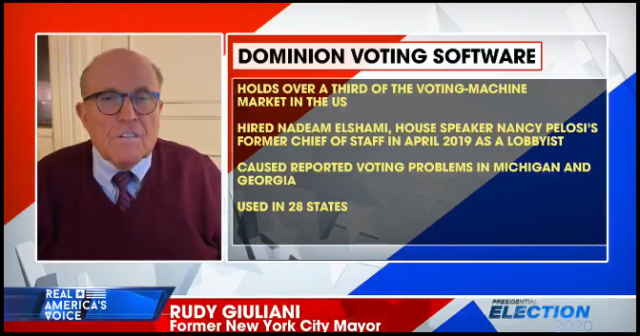