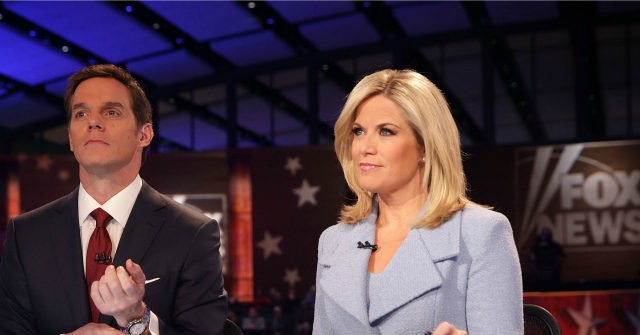 Obviously, the biggest Election Day loser will either be President Trump or Joe Biden, depending on who ultimately wins the presidential election, and the second biggest loser will be congressional Democrats, who lost seats in the House and failed to retake the Senate majority, but another major loser –without any question — is disgraced Fox News.

The bottom is falling out of Fox’s reputation, and there are reports that the once-respected outlet is suffering in the ratings. None of this should surprise anyone, especially with the countless botched calls and outright lies still being uncovered during the dumpster fire that was Fox’s Election Night coverage.

Here’s the video of Fox News making this call on election night. It was the first call of the night:pic.twitter.com/MLp6q8Ql5c

The Fox News Decision Desk can project Democrats will retain control of the House of Representatives and expand their majority by at least five seats. That’s a major boost for Democratic House Speaker Nancy Pelosi, who has pledged to roll back much of President Trump’s first term agenda if he loses reelection. … There have been projections that Democrats could pick up as many as fifteen seats.

Of course, nothing of the kind happened. The House counts are a little different everywhere, but it looks like Democrats may have somewhere between 6 and 10 House seats, and could lose as many as 15.

You want to know why I did that? Because I’m not an asshole like the people at Fox News. I’m not here to mislead you, to pose as some kind of authority when we still don’t know. You see, my integrity means something to me. And I have respect for the Breitbart News audience, which means I don’t lie to you; I don’t tell you things that are untrue.

I guess what I’m trying to say is I’m not Fox News.

That’s how this is supposed to work — we’re supposed to tell you what we know, what we don’t know… But there were the proven liars at Fox News arrogantly lying once again to benefit Democrats who will never stop hating them.

Fox News lied to you with its rigged polls.

Fox News lied to you by calling Arizona early when it took eight days to call the state — and is going to an almost certain recount.

Fox News lied to you when it accused Trump of not condemning white supremacists.

Fox News lied to you when it accused Trump of causing the interruptions in the first presidential debate.

Fox News lied to you about waiting for a “certified” winner before declaring Joe Biden “president-elect.”

And here’s Fox News smugly lying to its sucker viewers about Pelosi dominating on Election Night, when the truth is she took a humiliating beating.

Oh, and I have not even gotten to the worst yet.

It took these Fox News liars eight days — eight fucking days — to retract that lie. It was only yesterday, eight days after Fox News knew it had lied, that Fox News finally retracted it — and that was only after Bret Baier was shamed into it on Twitter.

Why are you watching Fox News?

Do you enjoy being a sucker?

Do you enjoy knowing that Fox News is literally making faces at you when it thinks you’re not looking?

Do you enjoy being lied to and stabbed in the back and betrayed and mocked?

Are you a sucker?