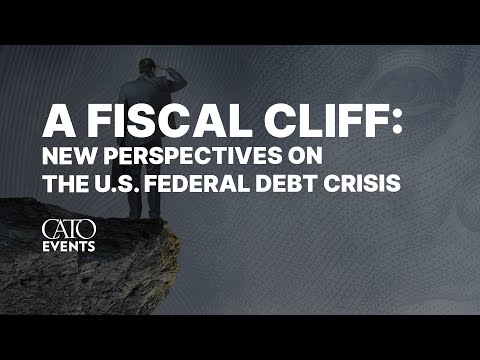 In 2020, the U.S. federal budget deficit more than tripled, surpassing $3 trillion for the first time ever. That might seem like a far‐​off concern, but it shouldn’t.

The editors of A Fiscal Cliff: New Perspectives on the U.S. Federal Debt Crisis call our attention to a problem that has never gone away, one that could easily lead to a catastrophe: How will future generations pay for our profligacy? Better yet, how do we get deficit spending under control? Are there any workable, realistic proposals for balancing the budget or for implementing automatic budget balancing measures? What might happen if we don’t get the exploding federal debt under control?

The U.S. federal government has been in a deteriorating fiscal position since the early 2000s. Meanwhile, several countries including Switzerland and Chile have implemented successful rules‐​based debt brakes that have achieved fiscal discipline without political or economic disruption. The contributors to this volume explore their efforts among others as they seek to bring balanced budgets back to Washington.

During the event, join the conversation on social media for your chance to win a free copy of “A Fiscal Cliff: New Perspectives on the U.S. Federal Debt Crisis” and submit questions on Twitter using #CatoBooks.