The interview was conducted by USPS Office of The Inspector General, Russell Strasser, and Postal Inspector Charles “Chris” Klein.  This is the interview where the Washington Post falsely reported that whistleblower Hopkins recanted his statement.

When someone repeatedly states “I’m going to be honest with you,” as Russell Strasser does in this interview, it is a key indicator the conversation is dishonestly being constructed. If someone is honest they do not need to qualify the standard. This was a very sketchy interview done with a purpose to manipulate the whistleblower. 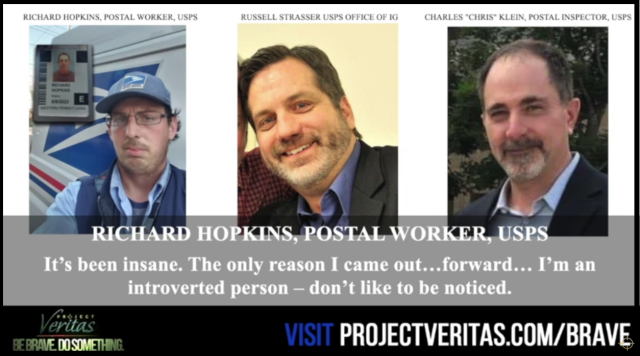