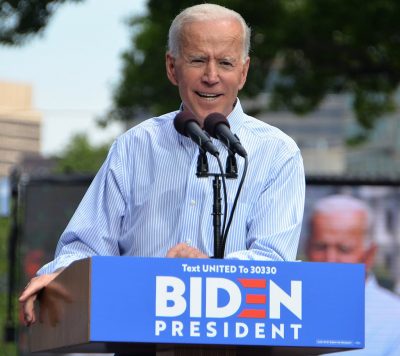 What are the programmatic foreign policy lines that Joe Biden will implement when he takes office in the White House? He announced it with a detailed article in Foreign Affairs magazine (March / April 2020), that formed the basis of the 2020 Platform approved in August by the Democratic Party.

“President Trump has belittled, undermined and abandoned U.S. allies and partners, and abdicated American leadership, as president, I will take immediate steps to renew the alliances of the United States, and ensure that  America, once more, leads the world.”

The first step will be to strengthen NATO, which is “the very heart of the national security of the United States.” To this end, Biden will make the “necessary investments” for the United States to maintain “the most powerful military force in the world,” and, at the same time, will ensure that “our NATO allies increase their defense spending” according to their commitments already undertaken with the Obama-Biden administration.

The second step will be to convene a “Global Summit for Democracy” in the first year of his presidency: it will be attended by “the nations of the free world and civil society organizations from all over the world at the forefront of defending democracy.” The Summit will decide on “collective action against global threats.” First of all, to “counter Russian aggression, keeping the military capabilities of the Alliance sharp and imposing real costs on Russia for its violations of international norms;” at the same time, to “build a united front to confront  abusive behaviors and human rights violations by China, which is extending its global reach.”

Since “the world does not organize itself,” Biden points out, the United States must return to “playing the leading role in writing the rules, as it did for 70 years under both Democratic and Republican presidents, until Trump arrived.”

These are the main lines of the foreign policy program that the Biden administration is committed to implementing. This program – drawn up with the participation of over 2,000 foreign policy and national security advisers, organized into 20 working groups – is not just the program of Biden and the Democratic Party. It is actually the expression of a transversal party, the existence of which is demonstrated by the fact that the fundamental foreign policy decisions, above all those relating to wars, are taken by the United States on a bipartisan basis.

This is confirmed by the fact that over 130 senior Republican officials (some retired and some in-office) published an explanation of the vote against Republican Trump and in favor of the Democratic Biden on August 20.

Among these officials there is John Negroponte, appointed by President George W. Bush in 2004-2007, ambassador to Iraq (his task was to suppress the resistance), then director of the US Secret Service.

This is confirmed by the fact that Democratic Biden, then chairman of the Senate Foreign Affairs Committee, supported Republican President Bush’s decision in 2001 to attack and invade Afghanistan, and in 2002 promoted a bipartisan resolution of 77 senators authorizing President Bush to attack and invade Iraq with the accusation (later proven false) that it possessed weapons of mass destruction.

Also, during the Bush administration, when US forces failed to control occupied Iraq, in the Senate Joe Biden passed in 2007 a plan on “decentralizing Iraq into three autonomous regions – Kurdish, Sunni and Shia”: in other words, the dismemberment of the country functional to  US strategy.

Likewise, when Joe Biden was vice president of the Obama administration for two terms, the Republicans supported the democratic decisions on the war in Libya, the operation in Syria, and the new confrontation with Russia.

The transversal party, which does not appear at the polls, continues to work so that “America, once more, leads the world.”

Featured image is CC BY 2.0