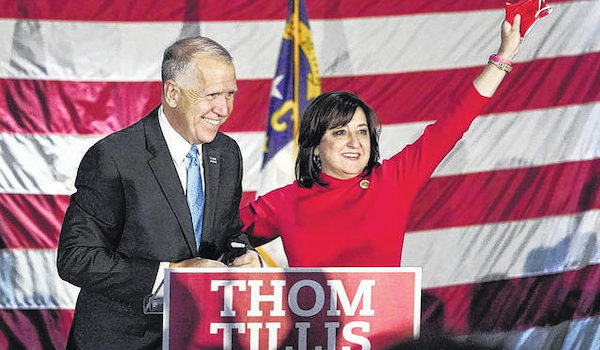 The presidential election is still undecided but Republicans had some notable wins in the Senate and the House of Representatives. The Senate will remain majority Republican. The Democrats still control the House, but their lead is closing.

Trump supporters had their worst fears come true this week when they watched Joe Biden pass the 270 electoral votes needed to win the presidential election. That race is far from over and despite Trump’s confidence on Twitter, many on team MAGA are hesitant to celebrate just yet.

We must remain optimistic, but even if Trump does lose this election it was still a win for many Republicans across the country. Republicans kept control of the Senate and picked up six seats in the House of Representatives.

The Democrats still hold the majority, but the tide is turning. Republicans were able to take back many of the gains the Democrats made in 2016. Two Democrat incumbents in Miami lost their seats to Republican challengers and the state of Florida voted for Trump as well.

“The voters have spoken and I respect their decision. While the results of this election suggest there remain deep political divisions in our state and nation, the more complete story of our country lies in what unites us: our faith and sense of confidence in our democracy, our civic values and common humanity, our shared aspiration to care for one another, and our belief that we live in a country that does exceptional things.”

My statement on the results of this race: pic.twitter.com/dWo5gipxw8

Cunningham lost his race by approximately 95,000 votes. The polls showed Tillis trailing behind Cunningham prior to the election, but that quickly changed when a new scandal came to light.

Cunningham admitted to exchanging sexually explicit text messages with a woman who was not his wife. Cunningham, a married father of two, was also accused of having affairs with two other women.

This scandal apparently turned the tide and lost him the race. North Carolina has been brutal on incumbent Senators in the past, often voting them out after one term. Thom Tillis managed to hang on to his seat this time. Another victory for the Right.