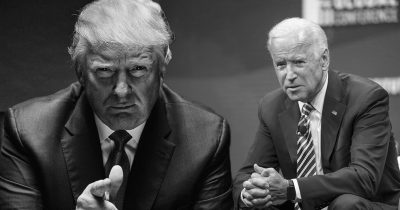 The US has been a fantasy democracy from inception, never the real thing, designed this way by the founders.

When losers are declared winners and legitimate winners mocked for crying foul, cracks in the system are beyond repair.

When establishment media across the board cheerlead the ruse — suppressing the truth — US hypocrisy, a fantasy democracy, tops the list of banana republics for its outlandish pretense.

When self-styled American exceptionalism, the indispensable state, a bastion of fundamental freedoms and moral superiority is exposed to be rotten to the core, banana republic designation isn’t strong enough to describe its total/irreversible fall from grace.

America never was beautiful. It’s always been a government of duplicitous/self-serving politicians, not laws.

They  lie, connive, misinterpret and pretty much operate ad libitum in discharging their duties as they see fit for themselves and cronies.

The same goes for duplicitous media. Serving powerful interests and themselves over truth and full-disclosure, they long ago lost credibility.

From inception to now, “we the people” exclusively means its ruling class — ordinary people exploited, not served.

Throughout US history, names and faces alone changed, dirty business as usual remaining as always before.

Today’s America is pockmarked by endless wars on humanity at home and abroad, criminality in the halls of Congress and corporate suites, rampant injustice for ordinary people, festering social problems left unaddressed, and fantasy democracy — duopoly rule and electoral fraud two of its defining features.

The nation’s supreme law of the land, its Constitution, is however deceitful politicians and judicial authorities define it — the rights and interests of ordinary Americans ignored.

Government of, by, and for everyone was never the law of the land.

US governance from inception was always about privileged interests exclusively, most others exploited to serve them.

Falsely called the father of the Constitution, James Madison later said the following:

“I am not of the number if there be any such, who think the Constitution…was a faultless work.”

It’s “the best that could be obtained from the jarring interests of the states.”

“Something, anything, was better than nothing.”

Other so-called founding fathers shared his view. Serving as envoy to France at the time, Jefferson didn’t think the nation’s supreme law of the land would stand the test of time.

He called for a new constitutional convention every 20 years to update it and correct flaws.

The nation’s framers were members of its privileged class, including bankers, merchants, slave-owners, and various other profiteers — what today we’d call a self-serving Wall Street/corporate predator crowd.

They created a system, similar to what existed under the British crown, monarchal wrappings removed.

“Never in history had there been so much rebellion with so little real cause.”

America was and continues to be run by self-serving monied interests that own it.

The nation’s first president, George Washington, had no party affiliation, ran unopposed twice, and was unanimously selected, not elected — a process resembling coronations.

From then to now, ordinary Americans have had no say over who’s chosen to serve in high places, no say over how the nation is run.

Outcomes of farcical elections when held pretend to reflect the popular will.

Reality is worlds apart from a process amounting to mass deception.

It’s not the first time a US election was stolen. It’s perhaps the most brazen, establishment media supporting the anointment of losers Biden/Harris over winner Trump.

Even if he’s got hard evidence for multiple lawsuits that began in earnest on Monday, if deep state dark forces want Biden/Harris installed as president, Trump will leave office in January after one term.

While nothing is certain until things play out in the coming days or weeks, that outcome seems most likely.

What’s gone on already proves beyond a reasonable doubt that democracy in America is pure fiction, not fact.

Featured image is from Infowars