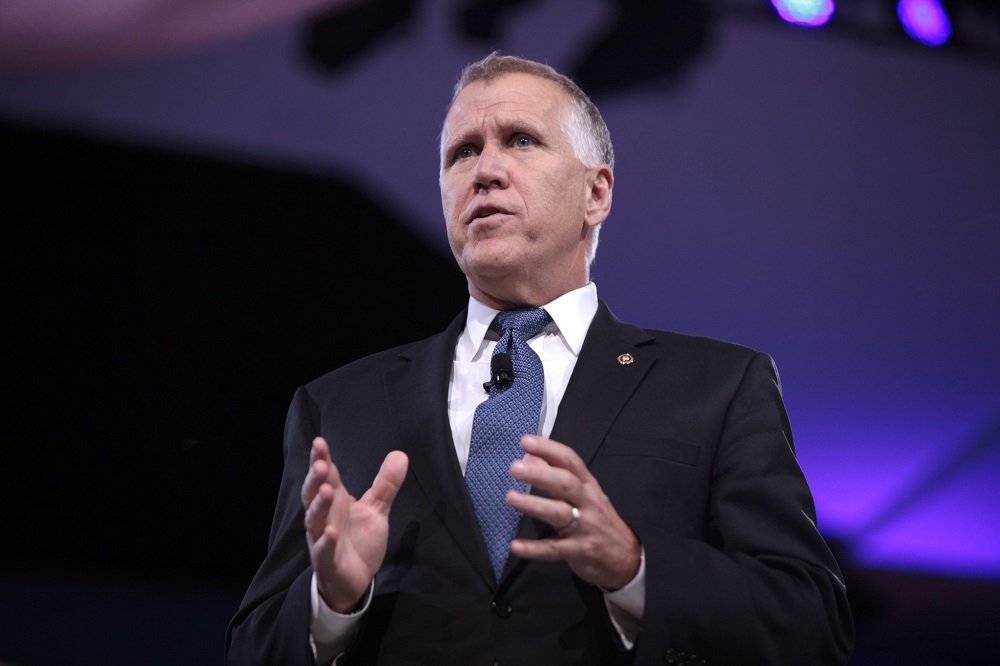 Tillis lead Cunningham in the vote tally by approximately 95,000 votes.

“I just called Senator Tillis to congratulate him on winning re-election to a second term in the U.S. Senate and wished him and his family the best in their continued service in the months and years ahead,” Cunningham wrote.

“The voters have spoken and I respect their decision,” he added.

My statement on the results of this race: pic.twitter.com/dWo5gipxw8

Despite Cunningham’s concession, the Associated Press refused to call the race for Tillis saying that the margin is “too close” for an accurate projection. AP was one of the two major news outlets that called Arizona, a continually tightening race, on Election Night.

Pollsters were also wrong about which way the North Carolina Senate seat would swing.

We need a total and complete shutdown of polling until we figure out what’s going on. https://t.co/AIXQ3VFXd1

Tillis’s victory follows the leak of text messages in October showing that Cunningham was involved in an alleged extramarital affair over the summer with public relations strategist Arlene Guzman Todd.

While Cunningham issued an apology to his supporters, shortly after the scandal broke, the Senate Leadership Fund began a series of advertisements highlighting Cunningham’s affair.

Some mainstream media outlets such as The Washington Post wrote off the scandal as something that wouldn’t damage his ability to unseat the GOP incumbent, but the toll may have been higher than initially thought.

In October, North Carolina Democratic Gov. Roy Cooper was caught on a hot mic telling former Vice President Joe Biden that, despite Cunningham’s “frustrating” sex scandals, Democrats would drag him “across the line.”

Tillis released a statement on Tuesday celebrating his win, which pushes the GOP closer to keeping its control of the Senate majority.

“This was a hard-fought campaign and I wish nothing but the best to Cal and his family going forward,” Tillis said. “I am incredibly humbled by the chance to serve the people of North Carolina in the United States Senate for six more years and I pledge to continue keeping my promises and delivering results.”

“I know that my job is fighting for the jobs of the hardworking people of our state, which is why my first post-election priority will be defeating COVID-19 and getting the economy back on track,” he said. “North Carolinians have a solid record of weathering storms and coming back stronger than ever. I am confident that we all can come together and meet this moment and am ready to get to work.”

Despite Tillis’s victory, votes in the Tarheel state will continue to be counted through Thursday including those that will determine the outcome of the presidential race, which Trump leads former Vice President Joe Biden by just under 75,000 votes.