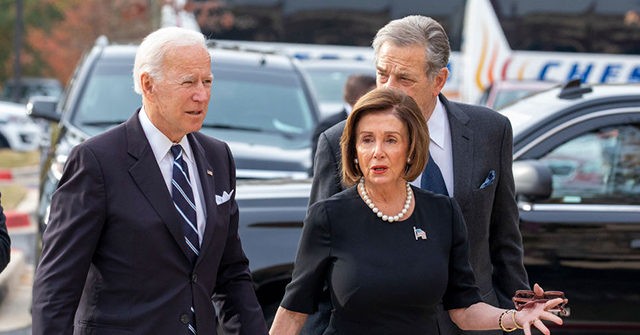 A reporter asked Biden if he would coordinate with Pelosi and Senate Majority Leader Mitch McConnell (R-KY) throughout President Donald Trump’s remaining months in office to get coronavirus relief to American small businesses and individuals.

“I have spoken to the leader and spoken to the minority leader in the house, and one of the urgent things that need be done is people need relief right now,” Biden replied.

“We’ve been talking and they know my views and I support what they’re doing,” Biden said, apparently referring to conversations with Democrats.

Biden said that he hoped that Trump had the “sensitivity and the knowledge” to agree to some coronavirus relief.

The former vice president later referred to his expectation “Speaker of the House as well as the Minority Leader” to work through their priorities.