The Epoch Times has an interesting article discussing a data-heavy review of ballots registered within the electronic Pennsylvania election system. 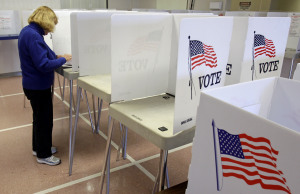 A researcher did a deep-dive into the Keystone state data and discovered some rather curious conflicts: many of the ballots were received at polling locations on dates that preceded their mailing to the voter; an impossible sequence of events…

[…] Over 51,000 ballots were marked as returned just a day after they were sent out—an extraordinary speed, given U.S. Postal Service (USPS) delivery times, while nearly 35,000 were returned on the same day they were mailed out. Another more than 23,000 have an impossible return date—earlier than the sent date. More than 9,000 have no sent date.

[…] Impossible and improbable return dates indicate there’s something wrong with either the database or the ballots. (Read more)