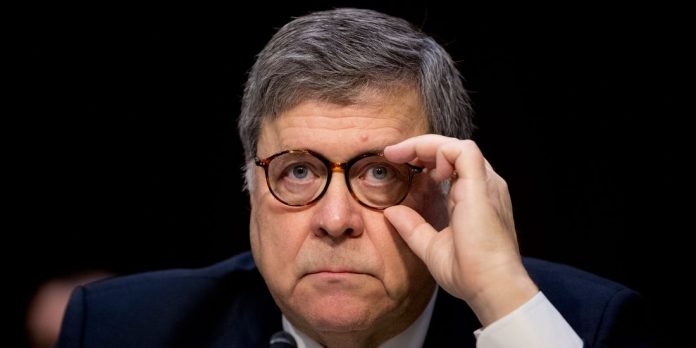 AG William Barr has announced that he has authorized federal prosecutors to pursue “substantial allegations” of voting irregularities in the 2020 election prior to the results being certified.

Attorney General Barr’s memo, sent to U.S. attorneys and other federal law enforcement officials, praised the “strength of our democracy as more than 140 million Americans cast ballots to select their leaders.”

Now that voting has ended, AG Barr stated that it was “imperative that the American people can trust that our elections were conducted in such a way that the outcomes accurately reflect the will of the voters.” Barr also said that the Justice Department had an obligation to ensure federal elections were conducted in a manner that gives voters “full confidence in their electoral process and their government.”

“The Department’s general policies with regard to election fraud investigations are contained in the Justice Manual. Those policies require, among other things, consultation with the Public Integrity Section’s Election Crimes Branch (“ECB”) in some instances. Those policies already allow preliminary inquiries, including witness interviews, to be conducted without ECB consultation. In instances in which they are consulted, the ECB’s general practice has been to counsel that overt investigative steps ordinarily should not be taken until the election in question has been concluded, its results certified, and all recounts and election contests concluded. Such a passive and delayed enforcement approach can result in situations in which election misconduct cannot realistically be rectified. Moreover, this ECB practice has never been a hard and fast rule, and case-specific determinations and judgments must be made. While most allegations of purported election misconduct are of such a scale that they would not impact the outcome of an election and, thus, investigation can appropriately be deferred, that is not always the case. Furthermore, any concerns that overt actions taken by the Department could inadvertently impact an election are greatly minimized, if they exist al all, once voting bas concluded, even if election certification has not yet been completed.

While it is imperative that credible allegations be addressed in a timely and effective manner, it is equally imperative that Department personnel exercise appropriate caution and maintain the Department’s absolute commitment to fairness, neutrality and non-partisanship. You are the most senior leaders in the United States Department of Justice and I trust you to exercise great care and judgment in addressing allegations of voting and vote tabulation irregularities. While serious allegations should be handled with great care, specious, speculative, fanciful or far-fetched claims should not be a basis for initiating federal inquiries. Nothing here should be taken as any indication that the Department has concluded that voting irregularities have impacted the outcome of any election. Rather, I provide this authority and guidance to emphasize the need to timely and appropriately address allegations of voting irregularities so that all of the American people, regardless of their preferred candidate or party, can have full confidence in the results of our elections. The American people and the leaders they freely elect deserve nothing less.”

JUST IN: AG Bill Barr directs U.S. Attorneys and others to pursue allegations of voting irregularities. “While serious allegations should be handled with great care, specious, speculative, fanciful or far-fetched claims should not be a basis for initiating federal inquiries.” pic.twitter.com/Lea0bIulzr

An Obama appointee in the Department of Justice, Director of the DOJ Election Crimes Unit Richard Piljer, immediately resigned after AG Barr’s announcement, adding him to the long list of Democrats throwing temper tantrums over the actions of the Trump administration.

Maybe the GOP decided to fight.