“We do not yet know where this current political crisis and ongoing battle is going to end; but we do know that 71,000,000 Americans will not accept the outcome of a political process transparently filled with fraud and manipulation. That makes President Trump a very dangerous entity to the DC system, regardless of whether DC admits what surrounds them.

There is no reference point for 71 million Americans being disenfranchised by Wall Street, bribery, corporations, media and big tech. That 71 million person army is fuel for a stunning and cataclysmic shift in the American landscape.  (more)”

Rudy Giuliani appears on Fox News with Maria Bartiromo to discuss pending election lawsuits that will be filed over the next few days in several states. The Trump campaign indicates they are not going to allow election fraud to remain hidden. 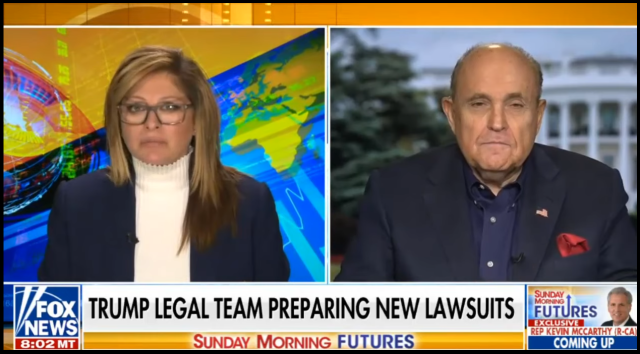