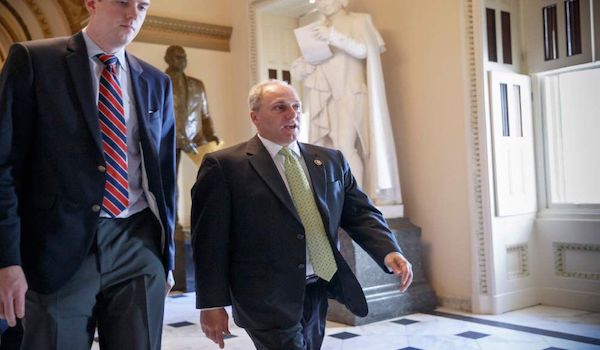 The election isn’t over yet, despite the mainstream media calling the race for Joe Biden. Congressman Steve Scalise is speaking out in support of President Trump and his supporters, saying there are still votes being counted and court cases pending. Buckle up patriots. America is in for a wild ride the next few months.

From the very beginning, the mainstream media pundits were eager to call the race for Joe Biden. Sadly, the list of talking heads include some of President Trump’s supposed allies on the Right.

Fox News began calling states for Biden very early on in the race but hesitated to call states for Trump where he held the lead.

Then mysteriously that lead narrowed as the days went on and Biden sneaked ahead just as the final votes were being tallied. Notable examples were Wisconsin, Michigan, Pennsylvania and Georgia. 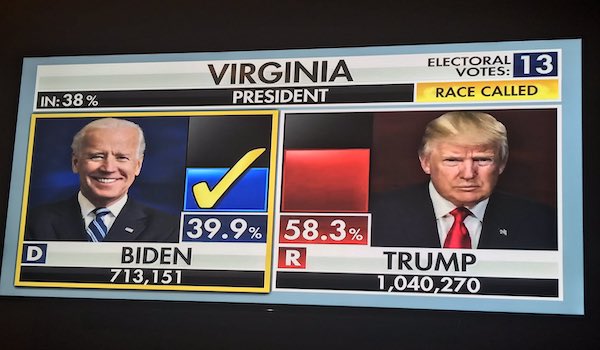 Reports of voter fraud are pouring in from all over the country. Hundreds of dead people voting in Michigan. Ballots being invalidated in Arizona. Poll watchers being denied access to polling stations in Pennsylvania.

A voting machine “software glitch” that gave thousands of Trump votes to Biden. Trump is challenging the election results in court. This is far from over, but the Washington establishment politicians, big-tech and mainstream media are already telling the public that Trump is out the door.

Some Republicans are speaking out on the apparent election fraud. House Minority Whip Steve Scalise of Louisiana was the first Republican Congressional leader to set the record straight.

“The election isn’t over until all legal votes are counted and certified,” Scalise posted to his Twitter on Saturday. “There are still serious legal challenges that have been made, and until that process is resolved, the election is not final. The American people deserve a fair and transparent process.”

Congressman Jim Jordan of Ohio called the Democrats out on their hypocrisy. “Democrats in 2016: Russia interfered in the election. We will not accept the integrity of the results! Democrats in 2020:

How dare you raise questions about election integrity!” Newt Gingrich is another Republican standing behind President Trump 100%. He said there is clear evidence of voter fraud and the mainstream media is undermining our election process by pushing their chosen candidate on the American people.

“You are watching an effort to STEAL the presidency of the United States.” -Newt Gingrich pic.twitter.com/kw1rovoD0c