If we thought “hanging chads” were damaging to electoral confidence back in 2000, then buckle your seat belt. The year 2020 that’s already brought us a pandemic and riots has suddenly lurched toward a dangerous curve that poses an unprecedented risk to the American electoral process and our faith in it.

Twenty years ago we were glued to our televisions as vote-counting unfolded in the crucial state of Florida. A huge magnifying glass held by one vote counter became an iconic symbol of the effort to rightly interpret votes. As agonizingly difficult as it was to watch, it paled in comparison to what we’re seeing in the 2020 election. 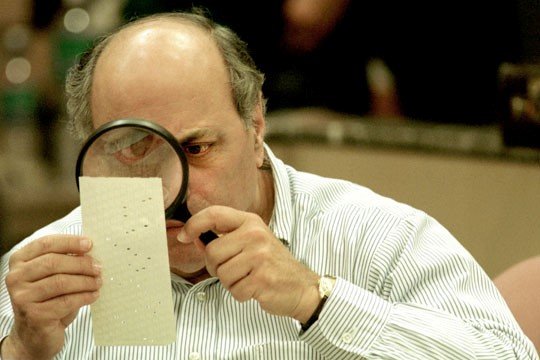 Transparency has been replaced with boards over windows. Election observers have been barred in key Democratic strongholds where vote counting continues, days after other states wrapped up. When they are allowed in they’re forced to remain behind barricades far away. In Detroit, it was reported that vote counters cheered as GOP observers were kicked out.

For all of the tough elections in years past, despite all of the bitter division along partisan lines, at the end of the day we’ve always benefited from an election system that, while not perfect, has been widely viewed as free and fair by the majority of Americans. Such things matter. Constitutional governance is the hallmark of a healthy democracy. It is what most others around the globe crave but will never experience.

But now, in the span of just a few days, we’ve seen the traditional presidential election process devolve into a chaotic scene suggesting those of banana republics. When blue-state political machines call an end to vote counting on election night just as the scale is about to tip to a Republican victory, something has gone terribly amiss.

Confidence in the system eroded further as massive numbers of mail-in ballots for one candidate suddenly appeared in the middle of the night. While it was explained as a “clerical error” in one state, and defended as such by Democrats’ willing social media agents, Twitter and Facebook, no explanation is given for how it happened in multiple states, a statistically improbable occurrence.

Each day we have watched the vote tallies in a half-dozen key states drift inexorably toward blue, many of which were heading solidly red on election night. Is it possible to elect the leader of the free world in this way, in a closed-door system that reeks of possible corruption?

The legality of ballots must be determined first. The count comes second. As significant as the “hanging chads” were in 2000, ballot creep has emerged as the determining issue in 2020. It’s a skill that Democrats perfected in past elections.

Back in 2008, incumbent Minnesota Sen. Norm Coleman seemed on his way to re-election against comedian Al Franken. After the ballots were counted, Coleman had a 725-vote lead. But then the post-Election Day vote-gathering kicked into high gear. By the time it was over, an exhausting eight months later, Coleman was cleaning out his Capitol Hill office and Franken was moving in. His margin of victory: 312 votes.

The process by which it all happened is instructive as to how Democrats operate. The initial canvass in Minnesota had resulted in a 206-vote lead for Coleman. Democrats were just getting started, though, as a phalanx of attorneys descended on the blue state. Caches of ballots began to appear, starting with 200 that had not been counted on election night.

An envelope with ten absentee ballots was found in a Democratic stronghold. And 953 previously rejected absentee ballots were included in the second recount, yielding a net pickup of 176 votes for Franken. Nineteen precincts in Democrat-friendly Minneapolis ended up reporting more votes than voters. By January, the State Canvassing Board certified Franken as the winner.

Just a few years prior in Washington state, Republican Dino Rossi lost by 129 votes in the closest gubernatorial election in the history of the United States. He had led Democrat Christine Gregoire in both the initial count (261 votes) and the machine recount (42 votes). Consideration of 573 previously rejected ballots had only added to his lead, then up to 74 votes.

But then a tray of 162 “misplaced” absentee votes was suddenly discovered in a warehouse in Democrat-heavy King County, and by the end of December Gregoire was ahead by 130 votes. Litigation followed but was never successful in unseating her.

Before, there was Lyndon Johnson’s election to the Senate in 1948 via a batch of 202 ballots found six days after polls closed in a small town in south Texas, and John Kennedy’s election to the presidency in 1960 via fake voter registrations (names found on cemetery tombstones and an empty house with 56 votes tied to it).

The lesson is clear: Democrats believe in finding votes, until they’re ahead. Then it’s game over. It’s a sport Democrats know well, but Republicans seem to instinctively fail to understand. As Coleman commented, “I’ve watched this drama before. The other side is very good at this. … if you have an accounting process that simply allows unlimited ballots to kind of come in without being checked, without being verified, without having timestamps, who knows what you get in the end?”

Democrats will argue that Al Gore was cheated out of victory in 2000, but the simple truth is that, for once, they were stopped from perpetual recounting in accordance with the law. There had already been an initial count (1,784 Bush margin), and then a state-mandated machine recount which again yielded a Bush win (327 votes).

It should’ve ended there, but Gore’s team then sought a manual recount in four selected counties, and eventually the Florida Supreme Court ordered a state-wide manual recount that threatened to go on forever. Four days later, on December 12, 2008, the U.S. Supreme Court stopped it on the grounds that different counting methods were being used, a violation of the Equal Protection Clause, and the fact that the state’s electoral deadline was at hand.

The decision ended Democrats’ attempts to continue counting “hanging chads” ad infinitum. Writing in support of the ruling, Justice Antonin Scalia warned of “irreparable harm” by “the counting of votes that are of questionable legality.” With words that could be called upon today, he noted that, “Count first, and rule upon legality afterwards, is not a recipe for producing election results that have the public acceptance democratic stability requires.”

The Supreme Court must soon hear these arguments in another presidential race. More important than whether the person who takes the oath of office in January is Republican or Democrat is the confidence of the American people in the validity and fairness of the process. We may be witnessing the end of election integrity—and nations do not long stand when the foundation of democracy is shattered.