President Donald Trump captured his first term in the White House four years ago by merely 77,000 votes across Wisconsin, Pennsylvania, and Michigan, shattering the Democratic blue wall in 2016.

As the final ballots are tallied in this year’s election, Trump is so far on track to lose by an even slimmer number of votes that won him a first term. Leftist media have pre-emptively called the race for Democratic candidate Joe Biden, who appears on his way to victory by less than 50,00 votes this time across Wisconsin, Georgia, and Arizona.

In Wisconsin, a state Trump won in 2016 by less than 23,000 votes, Biden is currently claiming to win by less than 21,000. The Trump campaign has demanded a full recount.

In Arizona, a state called for Biden by Fox News and the Associated Press but not by other outlets, Biden leads by about 18,500 as of this writing, a gap that has continued to narrow throughout the week with 3 percent of precincts remaining to be reported.

Biden currently leads in Georgia by less than 10,000 votes, a state won by Trump in 2016 by five points.

At this point, Biden runs ahead of Trump by less than 50,000 votes total, with only a few thousand votes remaining to be counted. If each state were to flip to Trump, the president would enjoy four more years in the White House given that any tie in the Electoral College would swing the race over to the newly elected House of Representatives, where Republicans picked up seats. 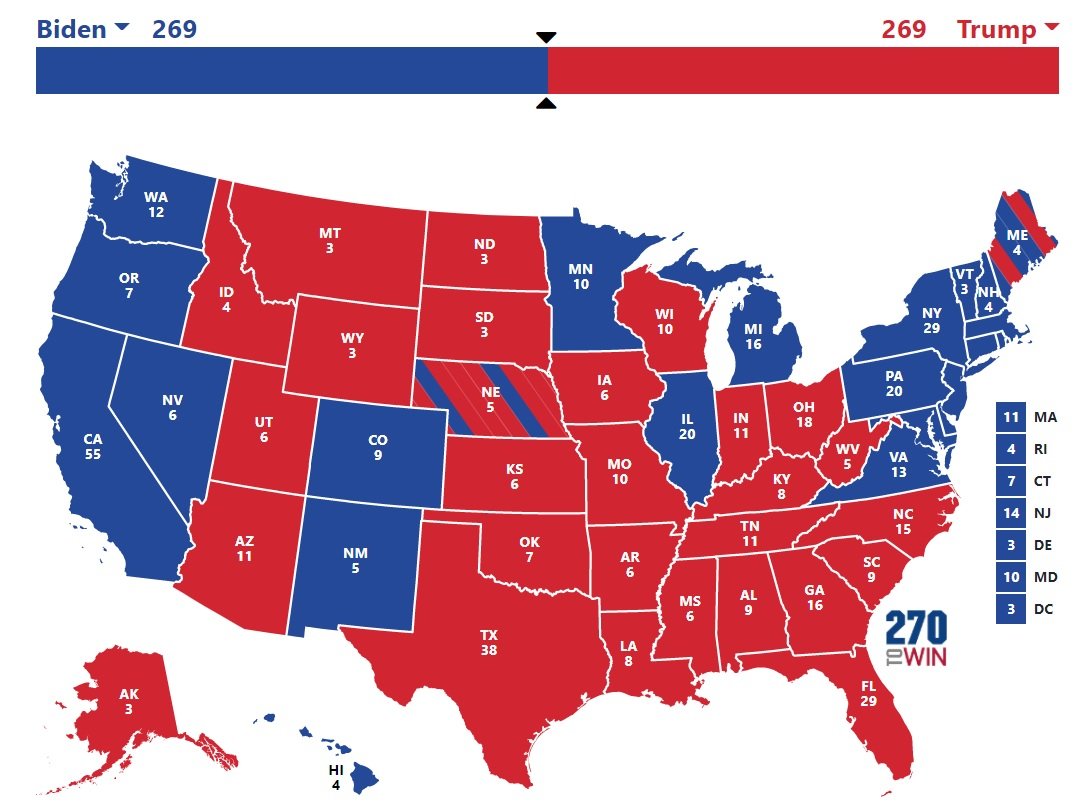 While Republicans didn’t take the House majority, they increased their ranks across states. And in the event of an electoral tie in the presidential race, each state gets one vote based on how their lower-chamber members vote. That map favors Republicans, who hold more House members from more states than Democrats, whose members are more concentrated in a smaller number of states.

Trump has not conceded, rejecting the media’s power to decide who wins, in the face of recounts in several tight states and ongoing litigation across several states over concerns of widespread voter fraud.

Although the votes are not in or certified yet, Biden delivered a victory speech with running mate and California Sen. Kamala Harris Saturday night.