There was a dewy-eyed reunion Saturday night when Hunter Biden finally emerged from months of self-imposed isolation to join his father Joe on stage in Delaware as the former vice president claimed victory in the 2020 election, as accorded by mainstream media networks.

Hunter, 50, strode front and center after his father finished his address, carrying his seven-month-old son, reportedly named Beau, after his late brother.

Alongside was his South African-born wife Melissa, 34, who he married in May 2019 – six days after they met.

Hunter has been embroiled in controversy since a hard drive from a laptop that reportedly belonged to him was given to Trump’s personal attorney, Rudy Giuliani. 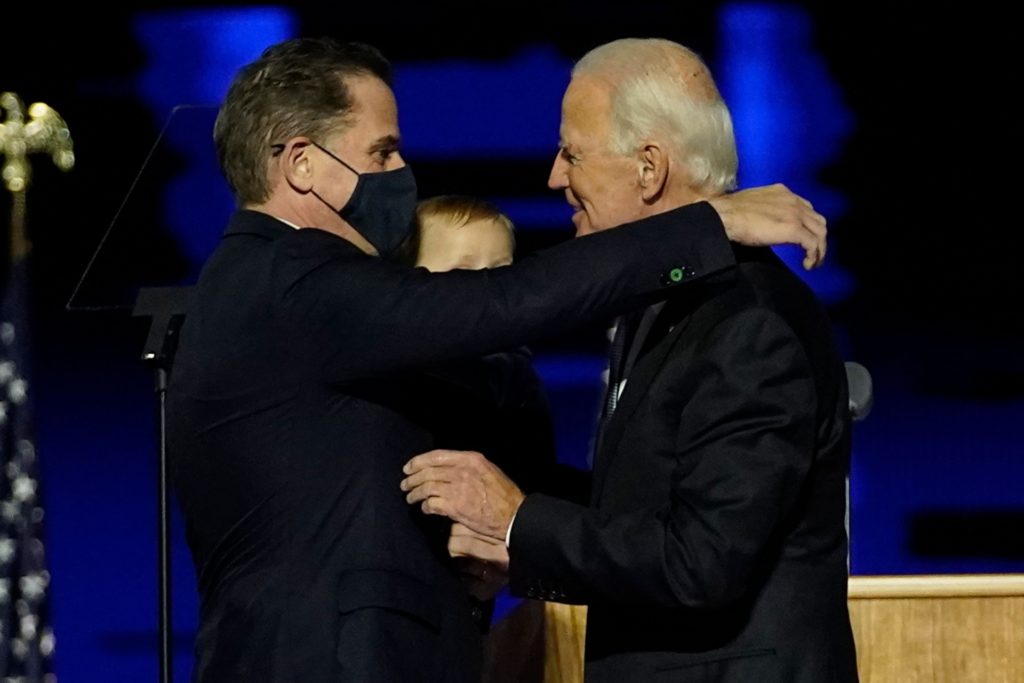 The laptop was seized by the Federal Bureau of Investigation in December, 2019.

Data and files on the original laptop, left at a repair store in Wilmington, Delaware, purportedly connect Hunter Biden to it.

For months the information contained therein defined Joe Biden’s campaign with claims of corruption and deals with foreign entities including China.

All along Hunter Biden refused to appear to address a single allegation, a fact noted by U.S. President Donald Trump.

Where’s Hunter? He has totally disappeared! Now looks like he has raided and scammed even more countries! Media is AWOL.

This was despite the drive allegedly containing evidence of $21,000 of payments to a “live cam” site, tens of thousands of dollars spent at a strip club, and photos in which Hunter appeared to be intoxicated.

It also indicated the senior Biden may have lied about never speaking to his son about his overseas business dealings.

A second laptop belonging to Hunterwas reportedly seized in February during a raid on a psychiatrist by the Drug Enforcement Administration (DEA), as Breitbart News reported.

President Trump has previously called on Beijing to investigate the Bidens and their business associates for corruption.