President Trump releases the following statement through his campaign: 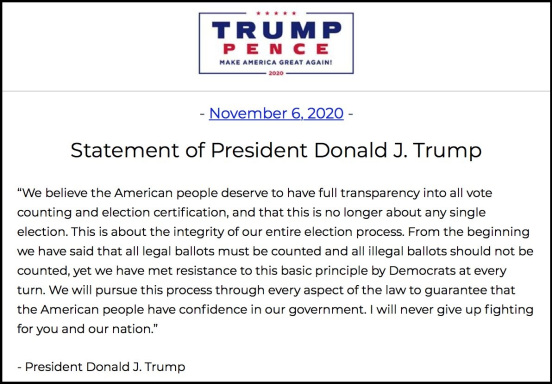 Upon exiting the Constitutional Convention in 1787 Benjamin Franklin was approached by a group of citizens asking what sort of government the delegates had created. His answer was:

The brevity of that response should not cause us to under-value its essential meaning: democratic republics are not merely founded upon the consent of the people, they are also absolutely dependent upon the active and informed involvement of the people for their continued good health.