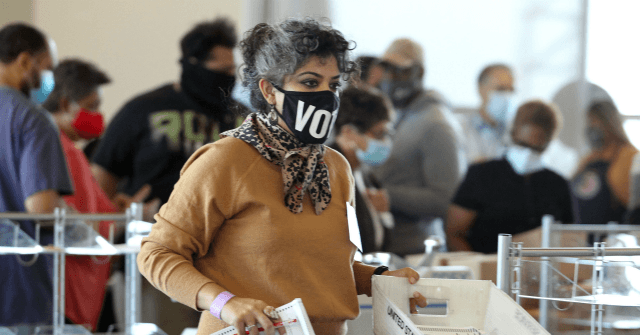 Democratic presidential hopeful Joe Biden has pulled ahead in the key battleground state of Georgia, according to Decision Desk HQ.

President Donald Trump’s lead over the 77-year-old challenger had been gradually eroding as the final few thousand ballots were tallied overnight in the southern state.

Now, according to Decision Desk HQ, the former vice president has pulled ahead, leading President Trump by just 917 votes.

However, with the race so tight, Florida Republican Matt Gaetz has suggested military ballots, which can be accepted up to November 6th, could still prove decisive.

Some 12,432 military and overseas absentee ballots were counted in the state in 2016, according to the Army Times, 5,203 of them being military.

The military ballots will be key in Georgia.

Trump’s team launched a lawsuit in Georgia, as well as Pennsylvania and Michigan, on Wednesday night “laying the groundwork for contesting battleground states” where it disputes the results.

AP reports there is potential for the race to go to a recount.

Under Georgia law, if the margin between Biden and Trump is under half a percentage point of difference, a recount can be requested.

This story is developing…