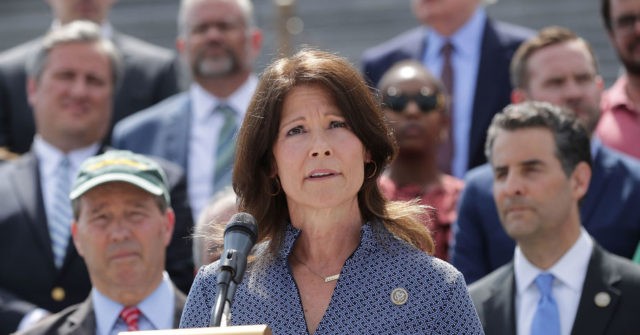 Bustos and House Democrats said they would do a “post mortem” of their campaign strategy after Democrats already lost more than six seats during the 2020 congressional elections.

The news arises as House Speaker Nancy Pelosi (D-CA) promised in August that she would increase her House majority by “double-digits.”

In contrast, House Republicans have expanded their numbers in Congress’ lower chamber.

Bustos blamed bad polling for Democrats’ losses in the House.

“Something went wrong,” Bustos said. “They all pointed to one political environment — but voters who turned out look a lot like 2016.”

She deflected blame, asserting they never said that Democrats would pick up between five and 15 seats.

“The press assured … you of five to 15 pickups, but we never named a number,” she said.

Rep. Abigail Spanberger (D-VA), who’s race is yet to be called, said that Democrats lost elections that they could have won. Spanberger blamed Democrats for discussing defunding the police and said they should never discuss socialism ever again.

Spanberger on the Dem caucus call: We lost races we shouldn’t have lost.
Defund police almost cost me my race bc of an attack ad.
Don’t say socialism ever again.
Need to get back to basics.
(Is yelling.)

Spanberger charged that Democrats would lose if they run the same strategy in the 2022 midterm elections.

If we run this race again we will get fucking torn apart again in 2022, Spanberger says

“Republicans defied the odds and grew our party last night. In districts all across the country, Americans rejected socialism and voted for freedom. Nancy Pelosi: you’ve been put on notice,” McCarthy wrote.

Republicans defeated Democrat incumbents across the country on Tuesday night.

“I am honored to be the Congresswoman-elect for Iowa’s first district! In Congress, I will always remember that the hard working taxpayers are the folks that elected me, and they are my bosses,” Hinson wrote on Wednesday.