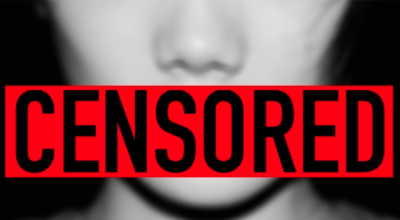 Global Research Editor’s Note
We stand in firm support of The American Herald Tribune and Professor Anthony Hall, who has the courage to confront the US corporate media.
The tendency is towards online media censorship in derogation of the Rights to Free Speech. Google and Facebook are collaborating with the FBI in this endeavor.
See screenshot of the DOJ statement
Below is Professor Hall’s statement.
Here is the statement from the US Department of Justice: 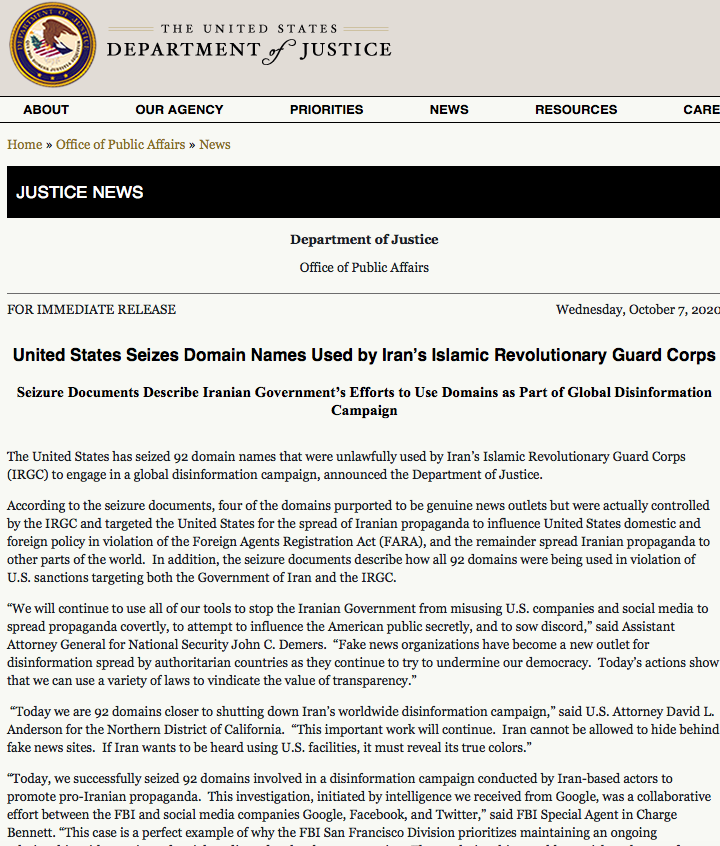 Our writers are from all over the world expressing themselves freely on a variety of issues as they see fit.

I have been Editor in Chief of AHT since its inception. AHT draws contributions from journalists of many backgrounds throughout the world.

We do have some contributors from Iran who express themselves as they wish. I have attended New Horizon conferences in Iran and most recently in Beirut a year ago. In this milieu I met many well-known journalists from throughout Europe and North America some of whom have contributed to AHT.
Editorially AHT is pro-peace and the contributors are overwhelmingly opposed to the intrigues of the anti-Iranian war hawks intent on invading the Islamic Republic.
Here is an excerpt of an earlier article I wrote to respond to the fake news being published by CNN and the Washington Post concerning the Intelligence agencies
disinformation on American Herald Tribune.

Who wins and who loses in the fake news sweepstakes?

AHT is a news site that I helped get off the ground beginning in 2015 when I agreed to become Editor in Chief of the small but exceptionally lively Internet publication. In wrongfully accusing AHT, CNN and Washington Post are adding to the scale of a wide constituency that is coming to the conclusion that these media operations are serial manufacturers of fake news

In doing research into the antics of the two media ventures I came across the story of a well-publicized move by a member of the Tennessee Legislature to have CNN and Washington Post legally reprimanded. Representative Micah Van Huss formulated a resolution asserting “the State of Tennessee recognizes CNN and Washington Post as fake news and part of the media wing of the Democratic Party.” The text of Resolution 779 continues,

BE IT FURTHER RESOLVED that we condemn them [CNN and Washington Post] for denigrating our citizens and implying they are weak-minded followers instead of people exercising their rights that our veterans paid for with their blood.

Antony Hall is Editor in Chief of The American Herald Tribune and Professor Emeritus in Liberal Education and Globalization Studies, University of Lethbridge, Alberta