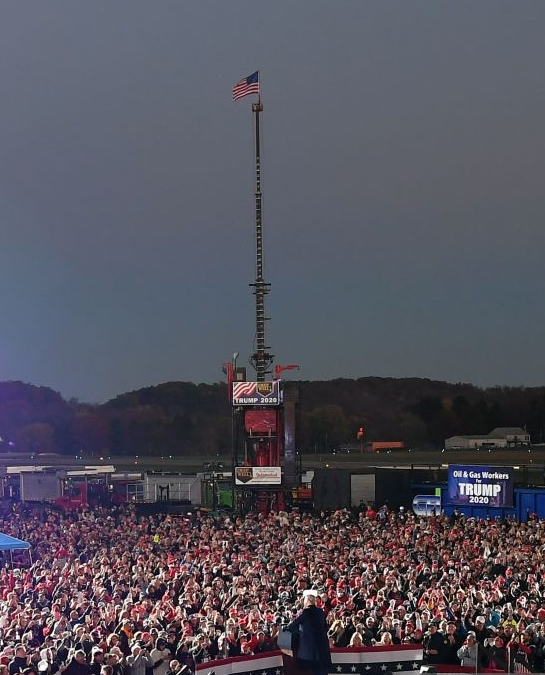 Trump addresses another big crowd in Pennsylvania during his barnstorming campaign across the state.

By EDITOR, CAIRNS NEWS
THE Biden crime family is desperately trying to fight off a resurgence by Donald J. Trump across the US, with the president raising the spectre of Democrat cheating through the 101 million mail-in votes, millions of which could be invalid.

Biden, whose family sold access to his vice-presidential office for millions of dollars while doing other business deals with the Communist Party of China’s business fronts, is tactically trying to bring the Trump victory into doubt through the recounts. Big media is co-operating with the tactic by failing to call states that Trump has clearly won.

However, Trump has already initiated legal action to force scrutiny of ballots and recounts in Democrat-run states such as Michigan, Wisconsin and Pennsylvania, where electoral systems run by those states are highly questionable and open to corruption. The Trump campaign has sued to halt counting in Michigan where 135,000 Biden votes appeared between 4.30am and 5am on the post election morning; sued to halt counting in Pennsylvania where officials a a million mail-in ballots are to be counted and requested a recount in Wisconsin.

Speaking after the polling close Trump said he was on track to win and then “suddenly everything stopped”. This was noted by a Twitter poster who said the counting suddenly stopped in six states Trump was leading and all six were Democrat-run at a state level.

Speaking at the White House after the long election night, Trump wasted no time in raising the real spectre of Democrat cheating, already well documented by Project Veritas and flagged at a possible intelligence agency level by leading USAF figure Lieutenant General Thomas McInerney (Ret.).
The highly respected general appeared on Steve Bannon’s Pandemic War Room show on Monday warning of possible Democrat abuse of a national security program called Scorecard, that has the capability to switch 3% of votes. 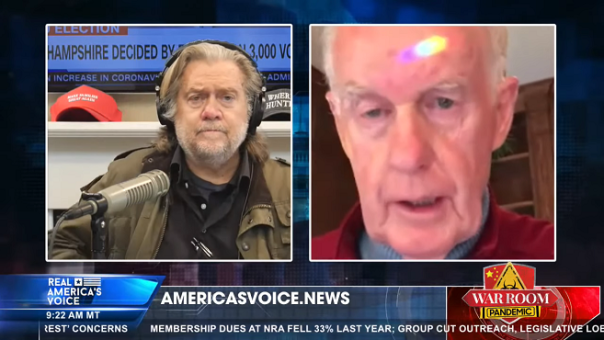 The program was inserted into the so-called Hammer national security surveillance system under the Obama administration and was part of the apparatus used to illegally spy on Donald Trump’s 2016 campaign. Hammer was developed by the National Security Administration (NSA) then picked up by the CIA during Obama’s time. Whether or not Scorecard was used has not yet been established, but Trump’s poll watchers have been closely watching key polling locations such as Pennsylvania, where Trump developed a strong lead in counting ahead of the counting of some 3 million postal votes.

Nevertheless, the stubborn and corrupt globalist/socialist Democrats continued to put up their resistance to the American voters by insisting that all mail-in ballots must be counted in the seats already won by Trump. For instance, in the key Democrat-run state of Pennsylvania, where Trump had a commanding lead, the Democrats claim to have more than 3 million outstanding mail-in votes.

The big media were also running with the Biden tactic of calling into question any obvious Trump lead by failing to call North Carolina, for instance, with 94% of the vote in and Trump with a clear lead. Rich Baris of Big Data Polling, a guest of Bannon’s election show, was emphatic there were not enough outstanding votes to take away Trump’s lead, despite the Associated Press failing to call the state. Baris, highly regarded by Bannon as a numbers man who called the 2016 election in contrast to 99% of other pollsters,  said he was perplexed by the media’s failure to call North Carolina and Georgia. 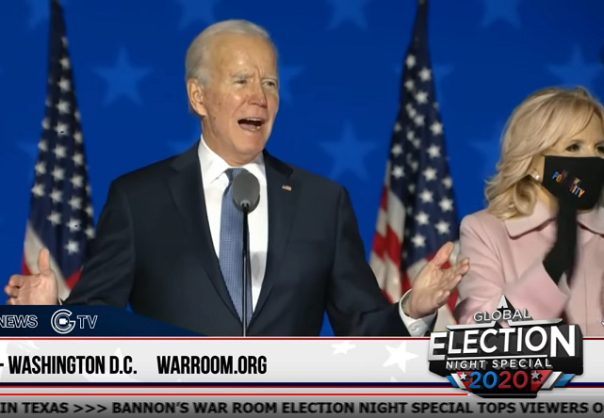