Conservative women made massive gains in political races all over the United States Tuesday night, but if the media reaction is anything like the usual treatment of women who dare to challenge the left’s line of thinking, their achievements will be easily overlooked.

At least 11 new Republican women, and possibly 11 more after close races are called, will take seats in the House, and 10 more GOP female incumbents will keep their seats.

Here are the newest House seats held by GOP women:

In the Senate, Georgia’s Kelly Loeffler advances to a runoff. Despite much media hype suggesting otherwise, Sen. Joni Ernst will keep her seat in Iowa, while Cindy Hyde-Smith won in Mississippi, Shelley Moore Capito won in West Virginia, and Cynthia Lummis won in Wyoming. Sen. Susan Collins also officially held onto her seat in Maine for a 5th term, and will become the longest-serving Republican woman in the history of the Senate. 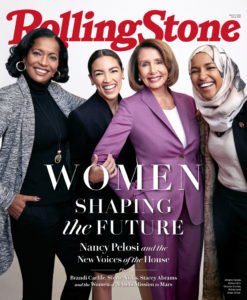 These victories, however, have received little attention from the media.

The 2018 midterms was also a big year for increasing the number of women candidates made history, but it was only women in the Democratic Party who earned garnered attention from the mainstream media, including magazine covers and fawning documentaries about their races, even before they officially clenched their seats. Pundits and journalists cheered progressive women on for setting the example for females in politics, and made sure to highlight that “it would be a mistake to view the 2018 ‘Year of the Woman’ as a bipartisan phenomenon.”

2020 is clearly the ‘Year of the Republican Woman’, yet their accomplishments will largely go ignored by anyone outside of their own party. The percentage of women among all Republican candidates jumped from 25 percent in the 2018 midterms to 39 percent this year, but only a few publications noticed or even mentioned the growth.

Even when outlets did choose to write about this historic moment for conservatives and women alike, these women’s hopes of becoming elected were discounted or overshadowed by what the repeatedly erroneous polls were indicating about President Donald J. Trump and his supposed impact on down-ballot races.

The media continually ignores or smears conservative women’s achievements while boosting women such as Rep. Alexandria Ocasio-Cortez and the “Squad” on the left, even extending their praises from politics to other realms by plastering them on covers of fashion magazines.

Take, for example, legacy media treatment of the Republican Rep. Elise Stefanik after she grilled former FBI Director James Comey over his handling of the Russia Collusion hoax. Despite her similarities to AOC as a young, up-and-coming congresswoman from New York, she was called trash by NeverTrumpers like George Conway and “pathetic” by MSNBC host and fellow woman Nicolle Wallace, instead of the “Yas, queen” praise from the Twitter chattering class.

Or consider the conservative South Dakota Gov. Kristi Noem, who would undoubtedly be on the cover of fashion magazines and a media darling if she didn’t have an “R” by her name. Noem’s unique and successful handling of the coronavirus outbreak in her state should be praised as an example for others to follow, and instead she was attacked by the media for not panicking and shutting down her state. The Washington Post attempted, and failed, to pin a virus spike in her state, with a “crazy eyes” photo to boot.

Despite the media’s silence conservative women’s victories on Nov. 3, these races and the finances behind them indicate that the fight for more Republican women in office is not over.

SuperPACs such as the WFW Action Fund invested almost $3 million in many of the close races involving GOP women and continue to be solely committed to ensuring the funding of female Republican races in the future.

With strong financial backing and rising support, conservative women are on their way to gaining even more political ground within their party and around the nation.