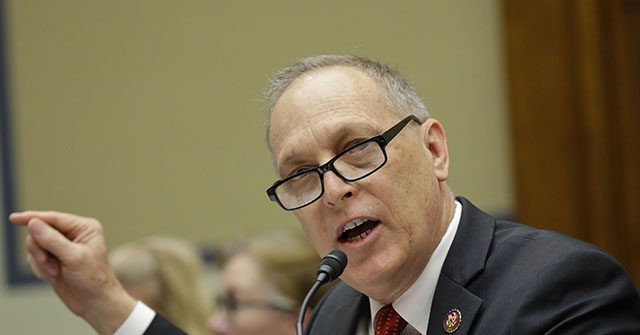 Rep. Andy Biggs (R-AZ) announced Wednesday that he believes President Donald Trump will win the state of Arizona in the 2020 presidential election and that “this race NEVER should have been called” on Tuesday night.

“I am still optimistic about President Trump’s chances to capture Arizona’s electoral votes when all legal ballots have been processed and tabulated,” said Biggs in a statement about the state of Arizona’s outstanding votes on Wednesday.

“Few people understand how Arizona’s vote tabulation process can delay some results for days past Election Day as happened in my 2016 primary election,” continued the representative in his statement. “As in my election, the ballot trends, the poll shifts prior to Election Day, and the tangible evidence on the ground all point to the margins on this race closing quickly.”

Biggs went on to say that Arizona’s presidential race should have never been called on Tuesday night, adding that those who have called the race for Democrat nominee Joe Biden should retract it.

“This race NEVER should have been called last night – before a single Election Day vote had been tabulated,” the congressman affirmed. “Those who have called Arizona for Biden must retract that prediction until all legal votes have been processed and tabulated.”

“I believe President Trump will win Arizona, giving him the pathway to a second term as our Commander in Chief,” added Biggs.

With the 2020 presidential race growing more narrow, all eyes are on Arizona as one of the states that can, in part, push Trump to victory.

Assuming that Trump wins Pennsylvania, North Carolina, and Georgia — which are shifted in his favor at the time of publication — the president will need to win either Arizona or Nevada in order to be reelected to a second term.