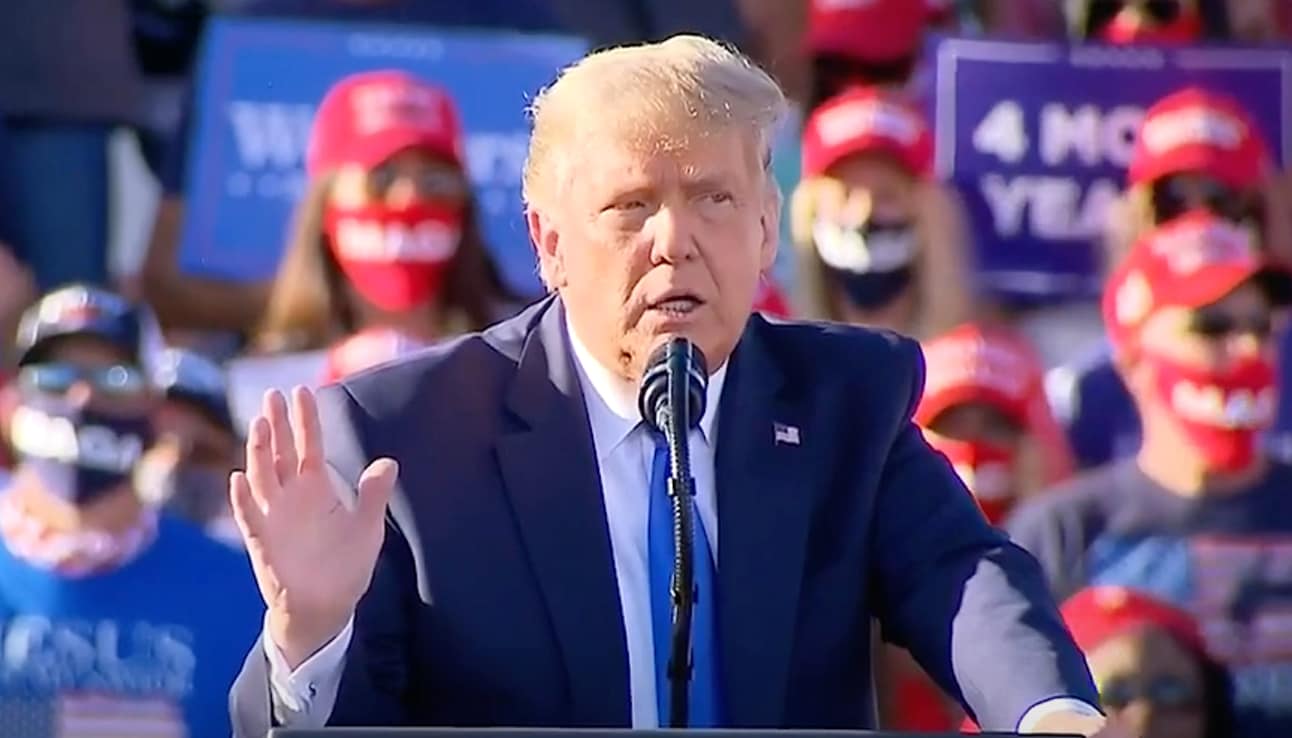 President Donald Trump claims he’s won three make or break states: Pennsylvania, Georgia, and North Carolina in Tuesday’s election, in a series of tweets posted Wednesday evening. However, ballots are still being counted in each of them.

“We have claimed, for Electoral Vote purposes, the Commonwealth of Pennsylvania (which won’t allow legal observers) the State of Georgia, and the State of North Carolina, each one of which has a BIG Trump lead. Additionally, we hereby claim the State of Michigan if, in fact,…..” Trump wrote.

He added, “…..there was a large number of secretly dumped ballots as has been widely reported!”

The Trump campaign remains confident that the incumbent president will win the election, but they have cast doubts about the accuracy of ballot counting with an unprecedented number of mail-in and absentee ballots having to be processed due to COVID-19.

“We’re not gonna let them get away with it (voter fraud),” said President Trump’s lawyer Rudy Giuliani told reporters Wednesday, announcing lawsuits in Pennsylvania and Wisconsin. “They’re not gonna steal this election.” “This election gets decided by the people. The elite, they don’t care about the people. The people are the deplorables, the chumps — they’re not important…”