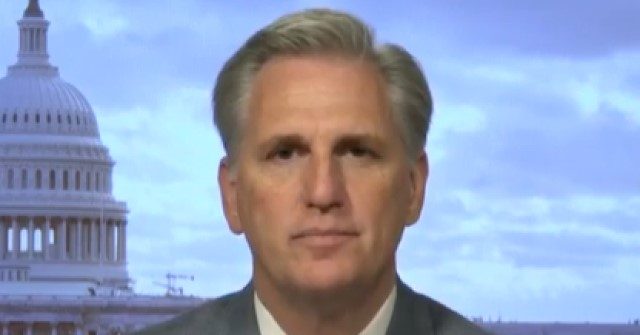 On Wednesday’s broadcast of the Fox News Channel’s “Daily Briefing,” House Minority Leader Kevin McCarthy (R-CA) discussed Republican gains in the House of Representatives and stated that he gives President Donald Trump a great amount of credit for helping to expand the GOP.

McCarthy said, “We’re going to have more women Republicans in Congress in the history of the Congress. We’re going to double the size this next election. Every pundit said we would lose somewhere between 15 to 20 seats. The opposite happened. We’re already ahead in — we’ve won seven seats by the AP, and we’re ahead in 11 more. This is more diverse. … America is going to be more reflective in Congress and the Republican Party than we’ve ever had at any given time. It’s the quality of the candidate. I give President Trump a great deal amount of credit, that he expanded this party. He expanded Hispanics, African Americans, who are welcomed into this party.”