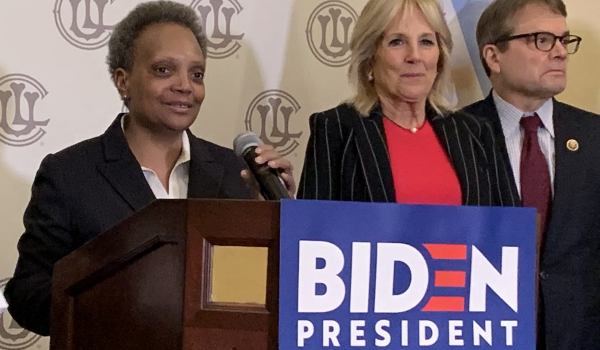 Law and order is a thing of the past in Democrat run cities. After Americans went to the polls, and the results started coming in Tuesday night, Chicago, Illinois had another bloodbath.

Their death toll is totally out of control. In a single day, twenty people were shot with two of them killed. Incidents happened across the city proving that anarchy reigns on liberal streets and it’s everyone for themselves.

From coast-to-coast Tuesday night, the Democrat rabble infantry marched in the streets, intimidating citizens and terrorizing civilized people with more of their usual violence, arson, and mayhem. In Chicago, it was just another day. One of the fatalities occurred in early afternoon, in Lawndale, which is on the city’s West Side.

Three people were shot, one fatally. “The group was in a vehicle about 2:25 p.m. in the 600 block of South Kostner Avenue, when someone fired shots, striking the three of them,” Chicago police relate. 24-year-old Yarnell Hicks “was struck in the body and taken to Mt. Sinai Hospital, where he was pronounced dead.”

Others in the car, “a 22-year-old man who was struck in the hand and ear was taken to Stroger Hospital in critical condition,” and “a52-year-old woman who was struck in the neck was in serious condition at the same hospital.” Earlier, “a man was killed and a woman injured in a shooting,” also in Lawndale. “The man, 27, and the woman, 30, were sitting in a parked vehicle in the 3600 block of West Polk Street, when two people approached and began firing shots at them.” In Democrat cities, you can get shot just for sitting in the wrong spot.

“The man was struck in the torso and head.” Samuel Hart, of Lawndale didn’t make it. “The woman was shot in the buttocks and taken to the same hospital in fair condition.” Meanwhile, Deep State Democrat operatives were hard at work rigging the election so that liberal progressive anarchy can be yours too. 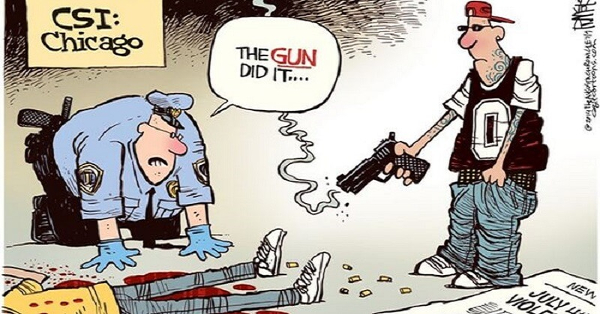 A bloodbath of non-fatal shootings

Apparently, in Democrat run Chicago, it’s perfectly acceptable to settle your differences with gunfire. The police have been reduced to the role of trash collector, hauling away the corpses and making sure the injured get patched up to fight again another day.

Around 9:49 p.m. in Englewood police describe a 32-year-old man was shot inside a first-floor apartment. The suspect was a male, they note. That should narrow down the possibilities to make it easier to track him down. The victim was shot in the right hip and leg and was treated at the hospital.

A 16-year-old Chatham teenage Democrat was shot on the South Side. Simply minding his own business standing outside, “someone drove by and fired shots.” They must have been bored with the election coverage on TV. The youth “was struck in the abdomen and backside” which got him “fair condition” status after treatment at the ER.

West Chicago had a sniper incident in Democrat East Ukrainian Village. Just before 9 p.m. “the man, 22, was walking in the 1900 block of West Chicago Avenue when someone shot at him from across the street.”

The man was struck in the calf. He picked the wrong street to walk down. How is it that police can allow things like this to become a daily occurrence without batting an eye? Liberal city management.

Another shooting happened when three people in a car in Austin when “someone in another vehicle drove up in the 5200 block of West Madison Street, and opened fire.” That resulted in a 31-year-old man shot in the head while two others were hit, both in the thigh.

Several other similar shootings occurred around the city but they have become so commonplace that the press doesn’t bother to report the details anymore. Aren’t Democrat run places wonderful?