Twitter censored President Donald Trump’s tweet Tuesday night in which he alleged Democrats are attempting to steal the election.

“We are up BIG, but they are trying to STEAL the Election,” the tweet reads. “We will never let them do it. Votes cannot be cast after the Polls are closed!” 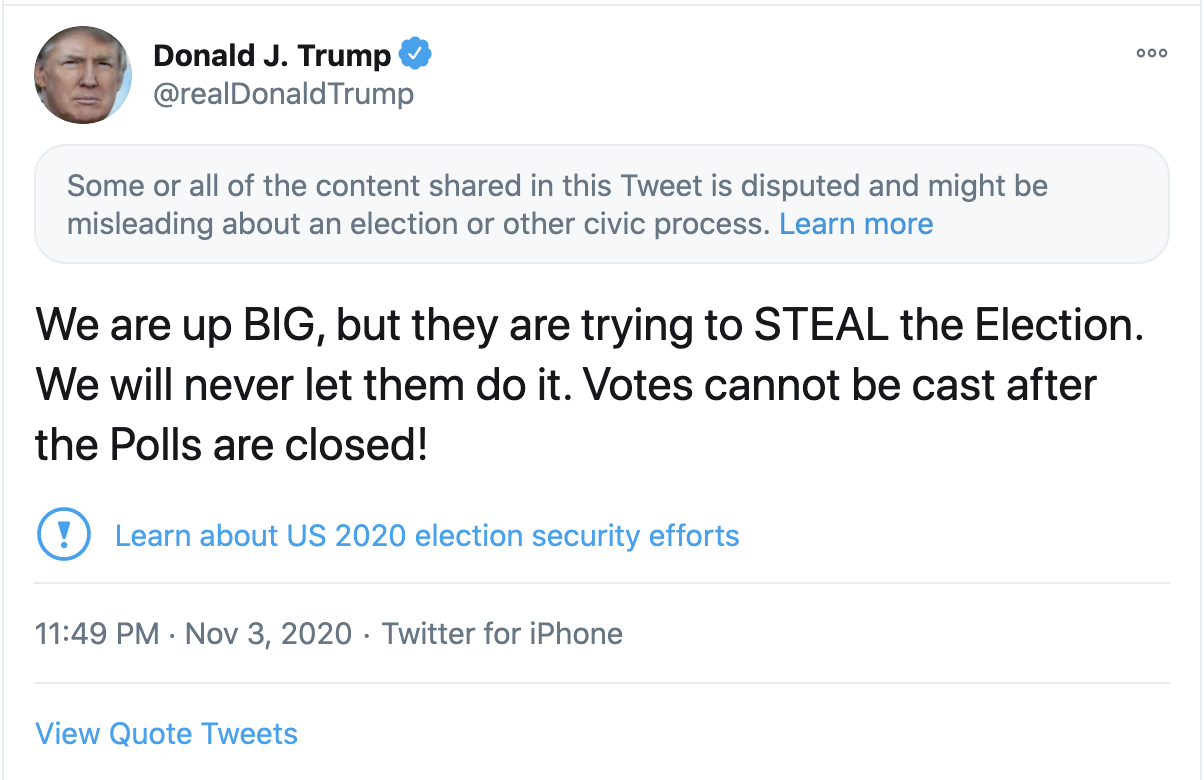 According to Twitter, the tweet is considered “misleading about an election or other civic process” and violates their Civic Integrity Policy. Due to this violation, the Big Tech company prohibited users from engaging, commenting, retweeting, or even sharing a link to the Tweet. 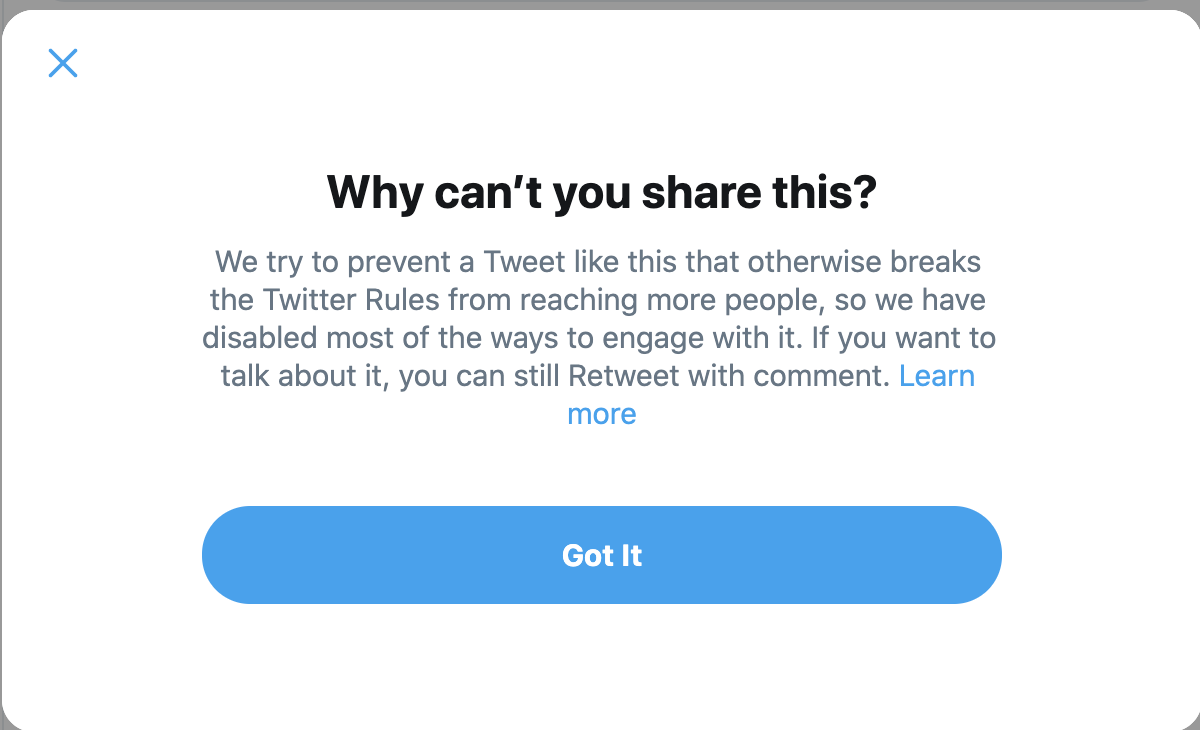 “We believe we have a responsibility to protect the integrity of those conversations from interference and manipulation,” the policy states.

We placed a warning on a Tweet from @realDonaldTrump for making a potentially misleading claim about an election. This action is in line with our Civic Integrity Policy. More here: https://t.co/k6OkjNXEAm

The censorship of the president came after a reporter from NBC News publicly proclaimed he had reached out to Twitter about Trump’s tweets. Shortly after he complained to Twitter, restrictions were placed on Trump’s original tweet.

We’ve reached out to Twitter about the president’s tweets.

Despite the safety policy cited by the social media company explicitly stating that “claiming victory before election results have been certified” is considered a violation as well, Twitter did not censor a tweet from former Vice President Joe Biden stating that he is going to win the election.

This blatantly biased censorship follows a pattern exhibited by Big Tech companies such as Facebook, Google, and Twitter to limit speech, especially by conservative media outlets on their platforms. The most recent example of this occurred when Twitter and Facebook censored a bombshell report from the New York Post, detailing damning emails retrieved from a laptop allegedly owned by Biden’s son Hunter. Twitter locked the New York Post’s account for two weeks after it tried to tweet the story, which confirmed that the former vice president lied about never having discussed Hunter’s foreign business dealings with his son or anyone else.

In a Senate hearing last week, Twitter CEO Jack Dorsey lied to Congress and claimed that his social media company has never censored the president, despite many examples that the company had.

Stop Being Ridiculous: A Green New Deal Would Make Snowstorms And Blackouts Worse

Chicago Looking at ‘Vax Pass’ for Concerts and Other Events + More