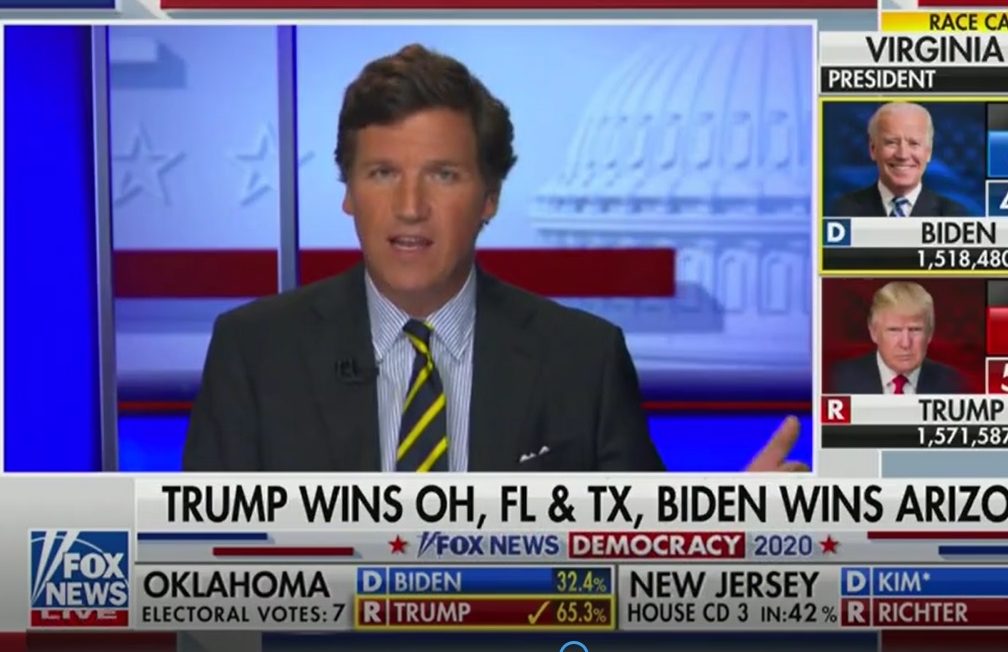 Fox News’ Tucker Carlson blasted pollsters Tuesday, the only clear losers on election night after results defied the prophesy of a Democratic blowout as they did four years ago.

After Carlson questioned Fox for calling Arizona for Biden, despite Republicans objecting as an estimated million votes have yet to be tallied, he condemned pollsters for once again making projections so wildly at odds with reality.

“We were wrong, and some of these polls were wrong, and I think many of them probably were wrong for honest reasons but wrong nonetheless,” Carlson said, emphasizing his criticism isn’t directed at Fox News but at the media more broadly. “That’s a problem. That’s misleading, and we should cop to it, I think.”

While polls showed Biden leading across swing states, races in Florida, Iowa, and Ohio have been called for Trump by comfortable margins.

Carlson continued, condemning the toxic political culture keeping voters from sharing who they supported at the polls.

“If you are afraid to express a legitimate political view in public, if you believe you could be fired for it, or banished from polite society for it — is it a free society?” Carlson asked. “The answer, of course, is no, it’s not. And that’s a betrayal of the basic promise of America.”

Failed Impeachment Saga Was An Embarrassment For Democrats