Thank you President Donald Trump, today I voted for you. 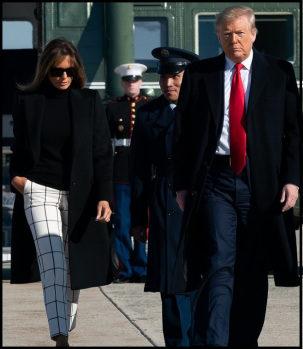 Thank you for providing me, us, my friends and family, an opportunity to vote for a person who relentlessly and tirelessly has worked for all of us.

Thank you putting on that bullet-proof vest, working and campaigning on behalf of all Americans.

Thank you to First Lady Melania Trump for giving up the privacy of a very comfortable life to support you, help us, and represent our nation with class and impeccable distinction.

Long ago we accepted the geography of this battle.  We knew the campaign and presidency was going to get ugly on many levels.  You knew it too – yet, you did it anyway.

You have confronted a body of globalist political elites both at home and abroad. We know there are trillions of dollars at stake, and significant power over world events hanging in the balance.  We knew you would be attacked.  You knew it too – yet, you did it anyway.

As a nation we are not disconnected from fully comprehending the issues at hand.  Most are fully aware of the fraud, scheme, manipulative lying and corrupt propaganda inbound from every entity who holds a vested interest in your elimination.

You knew that too – yet, you stepped-up anyway.

We fully understand the scope of media hatred perpetuating a fraud which is occurring on a grand scale. We are well versed in the machinations and schemes of the interests you have faced.  We are aware and clear eyed to the hate expressed by your opposition.  You knew that would come too – yet, you did it anyway.

We refined our understanding based on prior years of confrontation; essentially training ourselves amid the various battlefields controlled by the very powers established to see your removal.  The swamp is vile.  You knew that – yet, you did it anyway.

Unfortunately, we reluctantly accepted that neither the Democrat nor Republican party was our friend.  Arguably Washington DC is infected with a singular party, a uniparty disconnected from the people they are supposed to represent, with a goal to retain their own status, affluence and power.

Several years ago we accepted that non-hyphenated Americans, most of the U.S. general electorate, were unaware political corruption (on this scale) existed on both sides of the political continuum.  Your presidency has brought sunlight upon that corruption.

In the past several years a vast network of patriotic Americans communicate in various platforms and discussions, each person learning, researching bringing increased attention to the reality of our situation.  The level of information has grown exponentially despite the efforts of big tech to block, impede and control the sharing.

Over the course of the past four years, as your own frustration with the body politic grew, you were/are not alone in this understanding.   There are millions of us who have vested our own time, interests and insight into discovering the true root of the corrupting forces within our political systems.  The resulting network is significant, massive even.

Comfortably invisible Americans are not liberal or conservative, republican, democrat or independent.  We are not black or white, Latino or non-Hispanic, or any other form of hyphenated categorization.  Most Americans accept a moral and guiding God, and we all know right from wrong.  We are, quite simply, Americans.

Awakened Americans – in various stages and forms, we are clear-eyed to the situation that surrounds us.  We are what you seem to reference as: “the no-longer-silent majority”.

Labels or categories of personage, they matter not.  What matters is our fundamental belief that we are Americans first and foremost.  Many of us have served our nation; even more of us carry a respect for, and cherish the efforts of, those who have and do.

Yes, you were profoundly correct, “either we have a country or we don’t“.  We got that. We knew you knew; and here we are.

We are here.  Battle tested, slightly bruised, yet fully engaged, high-information and highly patriotic voters.  Our resolve is strong; we are quite capable of advancing and forcing corrective action through pressure when needed.  We know how to light up switchboards, and to turn out en masse when push-back is needed or warranted.

We understand how the media operates – and we fully understand one of their objectives was to try to get under your skin, and by extension our skin, with various provocations.  We fully understand the media intents to demoralize us are essentially channeled through their attacks against you.  You knew that too – yet, you stood up anyway.

We see through their ridiculous schemes & polls, and we are well aware of how media manipulates stories to sell their chosen corporate and Wall Street-vested narratives.

These years of forging our resolve in the raging furnace fueled by political deceptions have done nothing but hardened our commitment.   We no longer hammer, fold, or cool that forging amid tears of the betrayals we absorbed.  We are past that now.  Our frustration turned to cold anger, a very deliberate resolve.

Those deceivers amid the Washington DC politburo, on both sides of the political equation, have created this group of Americans that stand formidably behind you.

We are well armored, thoroughly prepared, and carry honed battlements beyond penetration by the insufferable optics and tired narratives of the main stream media.

Today, some for the first time – many for the second time, are able to vote for a candidate who understands the significant issues previously invisible Americans face. Thank you for that.

Today, I/we voted for you, for America – and for ourselves.

Thank you for the opportunity to support you. 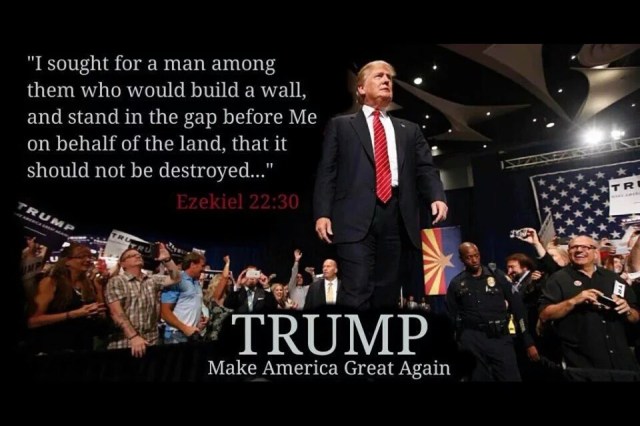 Domenech: What Every American Can Do To Help Resolve The American Crisis

BREAKING: President Trump Announces He’s Thinking About Holding a Rally Soon “To Let Everybody Know There’s Hope in the Future”