Susan Collins is dancing to “Still the One” in the middle of the parking lot. pic.twitter.com/RKwj4HNGcr

Maine still hasn’t been called but Susan Collins is leading by 8 points with 86% of the vote counted.

.@SenatorCollins has taken the stage again sharing the towns and cities already announced that she has won but says it’s not over until it’s over and knows there is still a long night ahead. @FoxABCMaine pic.twitter.com/bmEs2fF7Bm

Collins needs to stay above 50% to avoid ranked-choice voting.

currently a razor thin margin for Susan Collins at 50.1 percent, according to NYT data. She’s hoping for more than 50 percent to avoid ranked choice voting from coming into play. pic.twitter.com/AangmIS1iX 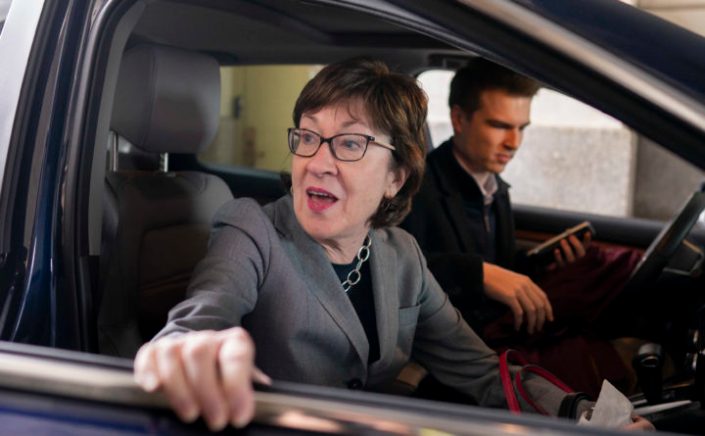