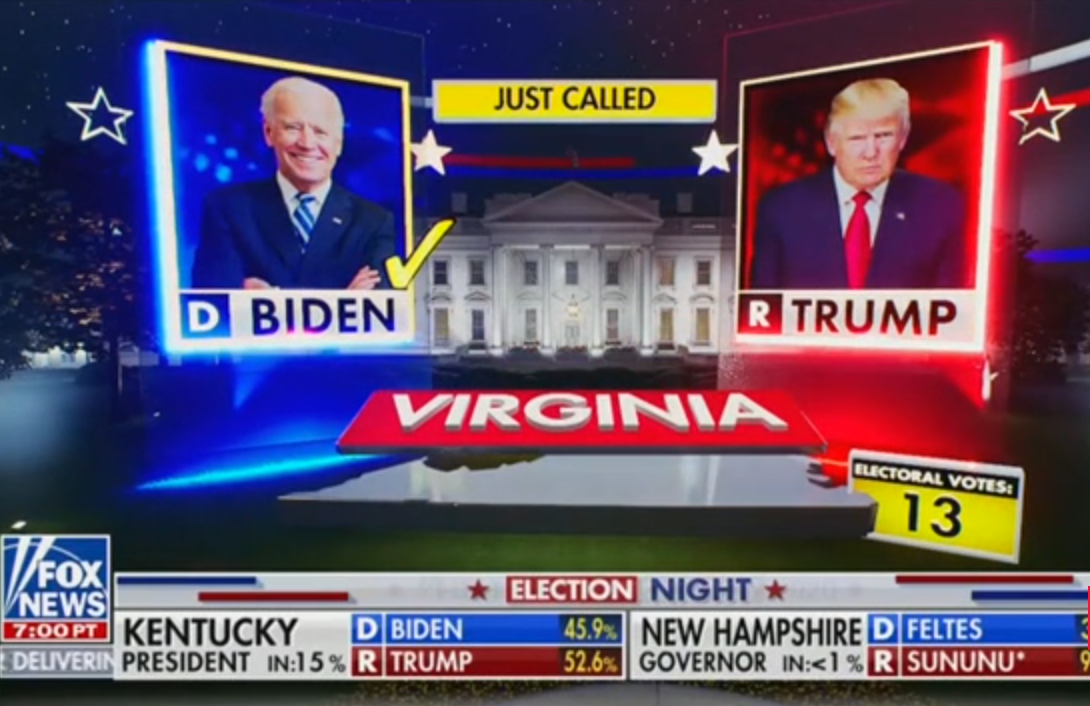 A number of mainstream news media outlets including Fox News, National Public Radio, the Associated Press, and others projected Democratic Presidential Nominee Joe Biden winning the state of Virginia shortly after it started reporting, only to be forced to retract their projections as the race margin narrowed.

BREAKING: CNN has walked back calling Virginia for Biden.

Media outlets are retracting their call of Biden winning Virginia!!!

More and more votes are coming in and it looks like TRUMP IS ON TOP!!!

These same networks delayed calling Indiana and South Carolina despite both of which were conceded to President Donald J. Trump with large leads and refused to call Florida despite every indication in the reported numbers that the state was going to go red again.

As The Federalist’s Sean Davis noted, in 2016 Trump was lost Virginia’s Loudon County by at least 30,000 votes. This year, however, things changed when 98 of the state’s 99 precincts show that Trump is winning by 13 points.

Trump lost Loudon County in northern Virginia by 17 points, or just over 30,000 votes.

With 98 of 99 precincts reporting results, Trump is beating Biden by 13 points, or 9,000 votes. Clinton won Virginia by just 5 points in 2016. https://t.co/1zPCSTQohG pic.twitter.com/itGUnEMlk2

There are still outstanding absentee votes that need to be counted in the state, potentially delaying a full victory call for either candidate until after Election Night.

Biden might win Virginia because of the absentees, but we won’t know tonight. The networks should pull those calls.

People are speculating that they may not have counted any of the early & absentee votes yet? So essentially the reverse of what were seeing in the rest of the USA, where early is being counted first.

In 2016, Hillary Clinton won the state with 49.8 percent of the vote. Barack Obama also won the battleground state twice.

While many polls indicated that Biden was going to take a strong lead in Virginia, the gap continues to close in the state as Trump gains votes.

The Remarkable Story Of An Abortion Survivor Who Became An Activist

Gov. Ralph Northam Tightens Coronavirus Restrictions: You Don’t Have to Sit In Church for God to Hear Your Prayers

President Trump Urges GOP To Move Quickly On SCOTUS Nomination: ‘We Have This Obligation, Without Delay!’