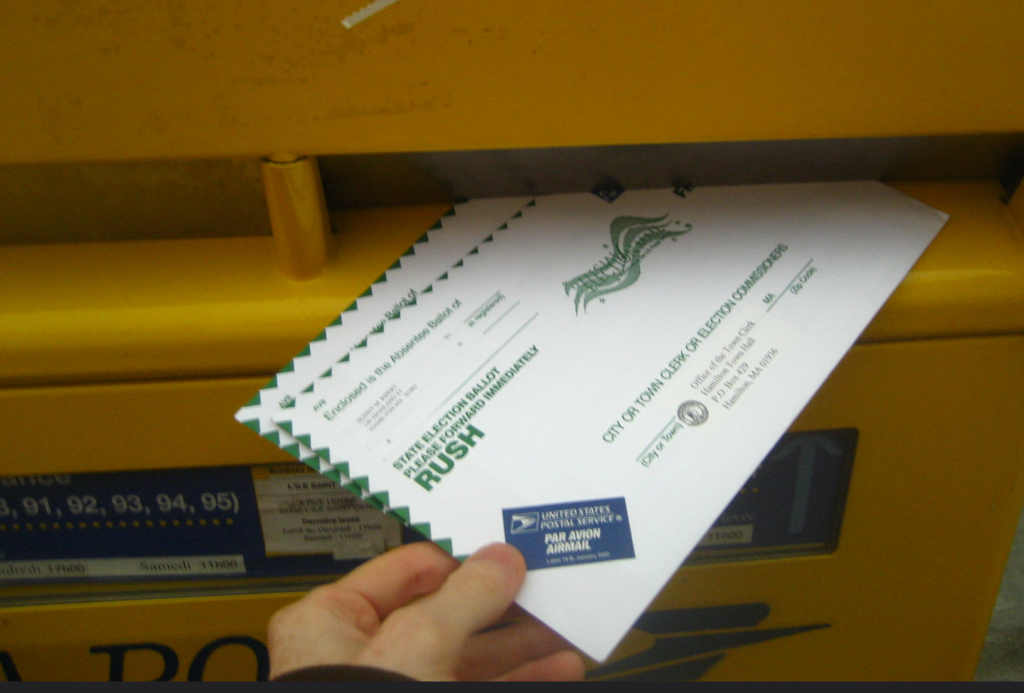 As expected (or feared) the presidential election is too close to call. A little after midnight, Joe Biden made a short and surreal speech at a drive‐​in amphitheater to declare “We’re gonna win this.” Then Donald Trump spoke to a packed East Room in the White House at about 2:30am and asserted, “We did win this election,” claiming several states that had yet to be called and making allegations of fraud and disenfranchisement.

I’m neither a pollster nor political reporter — but here’s why there are delays in the six states yet to be officially called (plus Arizona, which only Fox News and the Associated Press have called, for Biden) and, building on my earlier primer, legal issues that may arise:

Trump maintains a consistent but not insurmountable lead as some mailed‐​in ballots, less than 10 percent of the total, remain to be counted, particularly in metro Atlanta’s DeKalb County and Savannah’s Chatham County. Ballots arriving after Election Day don’t count, so I imagine the state will be called today. Several counties in the Atlanta area ran into technical difficulties, but it’s unclear whether this will generate lawsuits or other problem beyond a delay in the count.

Michigan is exceedingly close, with a slight Trump lead, though late‐​arriving ballots don’t count here either, so it’s just a matter of getting the million or so outstanding mailed‐​in ballots counted. Election officials had previously said that full unofficial results could take until the end of the week, but the secretary of state said last night that she expected to have “a very clear picture, if not a final picture” of the results by tonight.

Biden maintains a small lead here, though officials said they didn’t know how many votes are left to count because ballots were mailed to all active registered voters and can arrive by Nov.10. The outstanding ballots are largely from Clark County (Las Vegas) and are not expected to be redder than the ones already counted. If this race tightens, and especially if Trump pulls ahead, expect a recount and litigation of some kind. It’s not clear what the issues would be unless there’s a dispute over standards for counting provisional ballots.

Trump held a 76,000-vote lead when he gave his early‐​morning remarks, but that was with about 200,000 mail‐​in ballots left to count. As long as those ballots were postmarked by yesterday, state election officials have until Nov. 12 to count them. And when it comes to mail ballots, Biden was far outperforming Trump. Expect close legal scrutiny of those late‐​arriving ballots, as well as perhaps an emergency request from the Trump campaign to stop the count if it can come up with a theory of why these ballots may be less legitimate.

This is the big kahuna, what everyone expects to be the “tipping” state, though Biden can win without it. As of Wednesday morning, Trump maintains a lead of about half a million votes with 1.5 million votes outstanding. By state law, officials couldn’t start processing mailed ballots until Election Day, though Secretary of the Commonwealth Kathy Boockvar has said that she expects “the overwhelming majority” of votes will be counted by Friday. The state supreme court controversially extended the receipt deadline to Nov. 6, and even more controversially allowed the counting of timely ballots without a postmark. The U.S. Supreme Court split 4–4 on whether to stay that ruling — the deciding vote, John Roberts, clearly preferred to kick the can down the road in the hope that it wouldn’t ultimately matter — but these issues could come roaring back should the election indeed turn on the Keystone State.

One lawsuit to watch already involves election officials in Montgomery County (Philadelphia suburbs) contacting voters who voted by mail and whose ballots have a defect, like a missing signature, to give the voters a chance to fix or “cure” the problem, apparently in violation of state law. A local Republican candidate sued to stop the practice and for the ballots not to be counted, both on the state law claim and because, citing Bush v. Gore, it’s a federal equal protection violation for some voters to be notified about curing their ballots and others not.

Wisconsin is close, with a slight Biden lead, but here the U.S. Supreme blocked a court order to count mailed ballots arriving after Election Day because the order came from a lower federal court, not a state court, Chief Justice Roberts explained. Gov. Tony Evers had said he expects to know the results Wednesday at the latest, but with many ballots outstanding in Milwaukee County, this could drag on. If Biden’s lead narrows or evaporates, expect at least a recount and possibly litigation over late‐​arriving ballots.

Biden leads this state — which would be the first to flip from its 2016 result, and indeed from its longtime GOP status — by about five percent with more than 80% of the vote counted, so it’s unlikely that Trump comes back to take it once officials finish their count today (late‐​arriving ballots don’t count). The Trump campaign pushed back ferociously when Fox News, of all outlets, called Arizona relatively soon after polls closed, so everyone else except the AP has shied away from making this call. But, as with the seemingly too‐​long wait to call Florida and Texas for Trump, this state seems clearly if not overwhelmingly in Biden’s column.

In sum, although several of these states will ultimately end up quite close, perhaps even with recounts — most states have automatic recounts with a small margin and an option for the losing candidate to pay for a recount for a slightly larger (but still small) margin — I would only expect serious litigation in places where Election Night leaders end up losers. In order of likelihood of that happening, those could be Trump‐​leading Pennsylvania, Michigan, and North Carolina, and Biden‐​leading Wisconsin.

And don’t forget the Senate races, which still haven’t been called in Alaska, Georgia, Maine, Michigan, and North Carolina — all of which currently have the Republican candidate leading — plus the special Georgia race that heads to a runoff Jan. 6, which could still decide the majority in the upper house.

This post was reprinted with permission from the Cato At Liberty Blog.