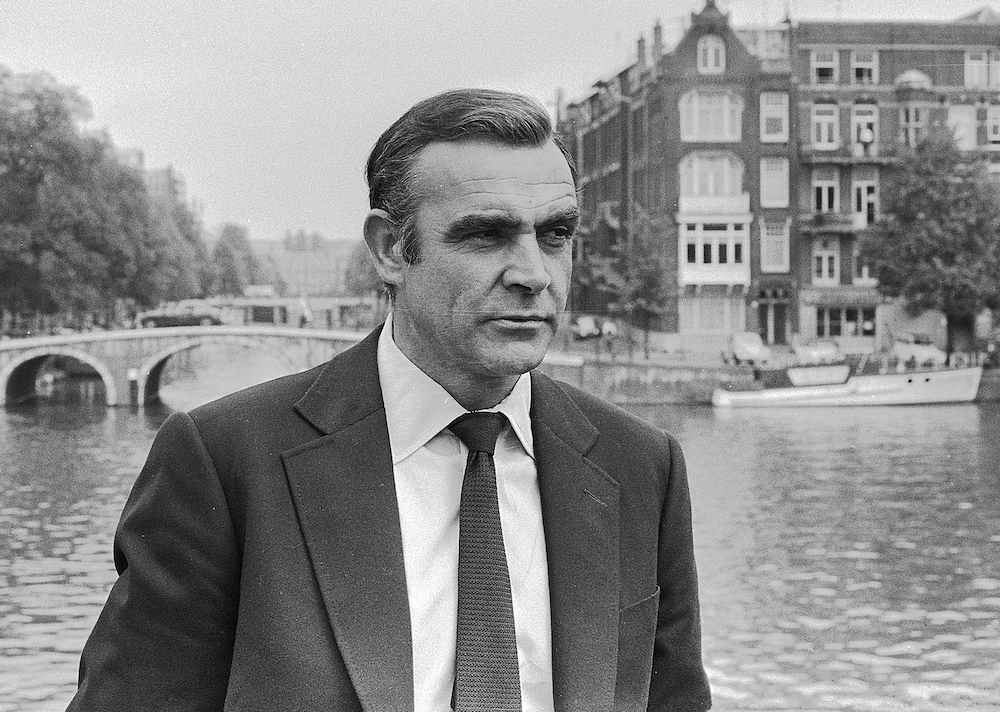 In Sean Connery’s final film appearance, the disastrous “The League of Extraordinary Gentlemen” (2003), in which he played Allan Quatermain, the great white hunter who inspired Indiana Jones, audiences didn’t roll their eyes or sarcastically snicker at the sight of the 73-year-old actor swatting much younger actors like flies.

That was the source of Connery’s appeal. The actor, who died Oct. 31, 2020 at the age of 90, was always larger than life and indestructible. It was for this reason that he could not effectively play ordinary characters. His Bond-era film, “A Fine Madness” (1966), bombed at the box office because Connery was not convincing as a victimized eccentric.

He was at his best as towering figures, not only as the sexy, sinister James Bond but as Robin Hood and Indiana Jones’s equally capable father. In the latter role, as Henry Jones Sr., not even coke-bottle glasses, a bald head, and a snow-white beard could hide his machismo. He didn’t need Indiana’s pistol and bullwhip to get audiences to accept that he too could knock Nazis about.

Not even his undisguised Scottish brogue made his turn as a Soviet sea captain unconvincing in “The Hunt For Red October” (1990). Connery made you believe he was capable of outrunning and defeating the Soviet submarines in pursuit. He was so super-humanly cool that Connery was one of the few actors to make a Soviet army figure admirable.

It was because of these qualities that Connery was timeless in the same way as Clark Gable and Humphrey Bogart. Connery had a bald head like Bogart and capped teeth like Gable, linking him to these stars. Like them, he endured no matter the trend, such as in the 1970s when ordinary ethnic schlubs such as Dustin Hoffman and Al Pacino were in vogue. Hoffman and Pacino play victims; Connery, with his 6’4” frame and ability to move like a cat, never could.

Although his Oscar-winning role as the street-wise Irish cop in “The Untouchables” (1987) could be considered his finest moment on film, Connery will forever be remembered as the first James Bond.

Connery always dismissed Bond as unworthy of the requirements of a trained actor, but it should be remembered that Connery built a character from the sketchy details of Ian Fleming’s one-dimensional books. Fleming didn’t give an actor much to go on in his tales. The literary Bond was plagued with self-doubt and was often stupid and fussy — over meals and drinks and clothes — the last of which, in the context of the times, was sexually suspect.

Connery took the bare bones of this characterization and gave audiences a suave killer with an interesting cruel streak. It is only now with the arrival of arguably Connery’s equal, Daniel Craig, that Bond has returned to his nasty roots. Connery and the Bond directors tried to leaven the brutality and obvious misogyny — it was routine in his Bond films for him to rough up women — with witty quips.

It wasn’t really the humor and arched eyebrows that won over audiences. It was Connery’s undeniable cool and indestructibility. No matter how brutally he killed, Connery got away with it because, in that cliched phrase, “men wanted to be him, and women wanted to be with him.”

Even his violence had a cool side. His Bond was capable of shooting people in the back and breaking a man’s neck with a fire poker, as in “Thunderball,” but he could be cool in how he creatively killed the villains. In “Goldfinger,” for instance, he knocked over an electric fan that fatally shocked a villain in a bathtub full of water.

Much of Connery’s Bond portrayal could have come from his working-class boyhood in his native Scotland, a country for which he labored all his life toward achieving national independence. Reportedly requiring a great deal of training in Bond’s gentlemanly manner of Savile Row suits, and knowing the perfect wine to complement the fish, Connery kept the qualities of the Scottish stereotype: physical hardiness and a dangerous temper that the other actors offered the Bond role could not have matched. The mind boggles now over how Fleming wanted Cary Grant or David Niven in the role.

Not as Cool as Connery

Connery’s achievement as Bond is even more apparent when you compare him to the actors who inherited the role. Roger Moore could be icily cool, but he was simply too nice and ordinary to make a convincing Bond, relying instead on campy humor. Timothy Dalton’s brief turn as Bond reverted back to the books, and he played Bond as an alcoholic burnout, vulnerable in a way Connery could not be. Pierce Brosnan had Moore’s looks and Connery’s cruel streak, and he embraced political incorrectness, but the scripts heavy-laden with gadgets and quips defeated him.

Only Craig has conjured up Connery’s dangerous side, but he lacks Connery’s unflappable cool, which might be deliberate. Craig’s appeal is in how he bulldozes his way through the adventures, taking very personally every blow dished out to him.

When John Wayne died in 1979, an obit writer said he thought Wayne was too tough to die. The same could be said of Connery. To my generation, it is a physical jolt, and in our age of political correctness about masculinity, he will be missed.